After a very long and unanticipated delay, we are underway and headed towards the Guaymas Basin, located in middle of the Gulf of California. The Gulf of California, one of the most intriguing places I have worked, is home to deeply interesting and fascinating seafloor habitats. In this actively rifting, young ocean basin, the East Pacific Rise extends to the northwest along a meandering path of faults and fissures, ultimately transitioning to the San Andreas Fault on land. Sediment is delivered to the Gulf of California by six rivers. Organic rich sediment packages hundreds of meters thick lie atop the hydrothermal spreading center. Hydrothermal fluids heat and alter the sedimentary organic carbon, generating an energy-rich cocktail capable of fueling a wide array of life, ranging from free-living microorganisms to large symbiotic fauna and mobile scavengers. The otherworldly environments found along the seabed in the Gulf of California are simply incredible.

Our original plans had to be adjusted due to shipping delays and administrative port issues, but we are excited to begin our first science dive on Thursday. During the next two and a half weeks, we will explore Guaymas and Pescadero Basins, making discoveries and shedding light on microbial mysteries. These beautiful and mesmerizing seascapes are microbial wonderlands. In these habitats, microbial and animal communities thrive in deep, dark ocean environments. Hydrothermal heating of sediments and fluids generate steep temperature gradients that challenge and shape the diversity and mode of life.

Task and Tackle
We will use a variety of tools and technologies to address questions on the cutting edge of science. These unique ecosystems offer immense opportunity for discovery. Our work begins with geology. Understanding the geologic underpinning of the study sites is key. The geology dictates the thermal regime, fluid flow and discharge, and the spectacular mineral features above the seabed. We will be mapping our study sites – extending existing data sets and generating new ones. We will use a multibeam echosounding (MBES) system to generate maps.

The rest of our work builds upon this basic geologic foundation. We will use the CTD/Rosette system to collect hydrographic profiles of the water column, locating hydrothermal plumes and sampling below, within and above them. We will use naturally occurring chemicals in the plume waters to understand and constrain hydrothermal inputs. The energy rich substrates in these plumes, such as hydrogen, hydrogen sulfide, methane, carbon monoxide and ammonium, fuel free living microorganisms that are able to make a living by coupling substrate oxidation with the respiration of oxygen or nitrate. We will characterize water column microbial communities at sea using the Oxford Nanopore MinION® sequencing system.

Using the ROV SuBastian, we will collect sediment, rock, water and animals samples from along the seafloor. We will deploy sensor arrays and in situ sampling devices to characterize in situ temperatures and pore fluid chemical composition. Sediment cores will be collected so that we can characterize microbial communities and quantify rates and patterns of activity. We plan a large focus on studying the microbial mats and microbial ‘reefs’ that form near areas of hydrothermal venting. Finally, we will be collecting Riftia tube worms, Bathymodiolus mussels, and sediment meiofauna for laboratory experiments and for work back at home labs.

Our planned operations will keep us busy 24/7; we can’t wait to get going. Follow along with us as we share our adventures, our discoveries and our excitement as we explore this incredible ecosystem. 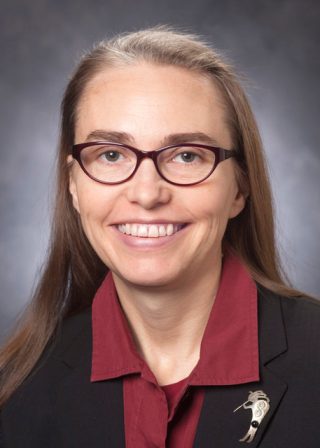