Greetings from Guaymas basin!  My name is Jessica Mitchell and I am in my fifth year of working on my PhD at Harvard University with Dr. Peter Girguis.  I study the microbial symbiosis between Riftia pachyptila and its bacterial ‘symbiont’ Candidatus Endoriftia Persephone. Riftia is found only in the eastern Pacific Ocean; at hydrothermal vents on the East Pacific Rise, the Galapagos Rift spreading center, and right here at Guaymas Basin in the Gulf of California.

No Need To Eat
The discovery of the Riftia symbiosis is considered one of the greatest discoveries of the 20th century….it showed us that by cooperation with chemoautotrophic bacteria, an animal could live solely off of chemicals. In fact, these tubeworms have no mouth or gut. They do not need to eat! Their beautiful branched plumes act like modified gills and take in sulfide and oxygen from their environment, these chemicals are then transported to the symbionts using specialized hemoglobin and a network of blood vessels (similar to how we get oxygen to our cells).

Riftia thriving around the ‘Alvin Spire’ hydrothermal site in the Guaymas Basin, Gulf of California.

Since their discovery 40 years ago, there have been many more animals that have been found to have chemoautotrophic symbionts (at hydrothermal vents, cold seeps, whale falls and sulfidic sediments). However, Riftia is still the rock star of symbiosis because it is one of the fastest growing marine invertebrates known, but relies completely on its symbionts for nutrition!  My work focuses on how this incredible feat is accomplished…I study the metabolism of the symbiont that makes this possible.

Life From Chemicals
This sulfur-oxidizing symbiont has a metabolic breadth that is unusual even for microbes. Like trees and plants in your garden, it can incorporate CO2 from the environment and ‘reduce’ it into organic molecules that can be used for energy and growth. Lots of energy is required in order to “fix” this CO2. In plants (and other phototrophs), this energy comes from the sun. In chemoautotrophic organisms, the energy comes from ‘reduced’ chemicals…meaning they give up their electrons easily. For symbiont, Endoriftia, the energy comes from sulfide found in the vent environments. What is a mystery is this symbiont has more than one pathway in which to fix carbon, multiple ways to oxidize sulfide. Just how their unusual metabolism contributes to the success of this symbiosis is what I am excited about.

This is my first time in Guaymas basin and I have been thunderstruck at the abundance of Riftia and the sheer beauty of the sites we have visited thus far.  Guaymas basin is clearly an area in which Riftia thrive, yet this vent system is very different than other places in which Riftia have been seen. The Guaymas basin chemistry is driven hydrothermal fluids and an influx of organic sediment that combine to make a chemical cocktail of sulfide, ammonium, methane and other short chain alkanes (such as propane, ethane and butane). In addition, Guaymas lies under an oxygen minimum zone, in a narrow gulf, so the area is fairly low in oxygen, yet the vent macrofaunal are abundant. I have also been amazed at how different some of the Riftia look here from the Riftia I have studied at the East Pacific Rise. Their plumes are a different shape, and their tubes appear to be thinner, yet they are the same species. Does biogeography or environment cause these differences?

Science can sometimes be a lot of time spent at your computer…you can easily get lost in the minutiae of the work and forget what got you in that chair in the first place.  But seeing these vent sites has been incredibly inspiring for me, I have many ideas and questions swirling in my head and I cannot wait to help unravel these microbial mysteries. 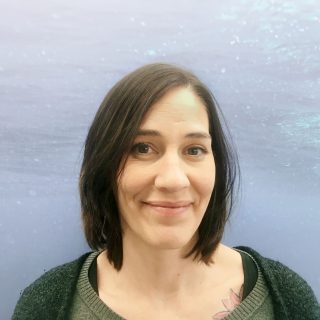