The deep sea is a hostile environment to most life. There is little by the way of food or other resources. To make matters worse, no light reaches the depths of the oceans. Amidst this darkness exist hot spots of chemical activity in the ocean bed known as hydrothermal vents, fertilizing the oceans with chemicals and nutrients. These vents are distributed throughout the oceans and are formed due to super-heated water gushing out of the earth at temperatures of up to 400ºC. While hydrothermal vents are indeed hot and no life can sustain at such high temperatures, the fluids cool down rapidly as they mix with the cold ocean waters. This environment – rich in chemicals like hydrogen sulfide, hydrogen, methane, ammonia, and iron – is toxic to most organisms, but ideal for microorganisms to flourish: a microbial party in the making. Hydrothermal vents are like music to microbial ears. Well, they have no ears, but if they did – they would certainly tune in to the hydrothermal radio!

While colorful micro- and macrofauna in hydrothermal environments receive a lot of attention, there are tiny, sightless entities that are critical components of the ecosystem in hydrothermal environments – Viruses! In contrast to their reputation as ruthless killers and purveyors of diseases, viruses perform roles similar to predators in controlling populations of microorganisms from taking over a community and shifting the balance in an ecosystem. In essence, viruses are like sharks – inciting fear in our minds but whose presence and diversity are synonymous with healthy ecosystems. 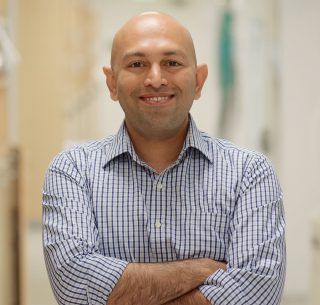