To paraphrase Donald Rumsfeld “There are known knowns… there are known unknowns… and there are unknown unknowns”. Today we went searching for unknown unknowns — that is “bumps” in old admiralty charts of the seafloor that indicated seamounts or shoals on the shelf break north of Scott Reef. Little was known of these features before this cruise. It was not even clear if they existed at all.

After leaving Vulcan Shoal yesterday afternoon, we took a small detour on our way back to Scott Reef and headed due west to the location of these unknown shoals. Scanning the seafloor topography with Falkor’s sophisticated multibeam sonar revealed that there were no seamounts in the region where the charts said they should be. In fact, the seafloor was relatively flat – like a cat on a hot tin roof.

At first finding no seamounts was disappointing; but it was still a discovery nonetheless! It is often said that we know more about the surface of Mars than the abyss of the ocean – today proved this point. The depth of the seafloor is the most fundamentally important variable that affects ocean circulation.  Today we used our cruise time valuably and filled another hole in the knowledge gap of the ocean by mapping more of the region surrounding Scott Reef.

After returning to the sacred ground of Scott Reef and awakening from our respective afternoon siestas, we rolled out a special piece of equipment – the do nothing machine. The science crew took stock of their time at sea and relaxed to an evening of bbq and sultry tones. Tomorrow the train rolls on. 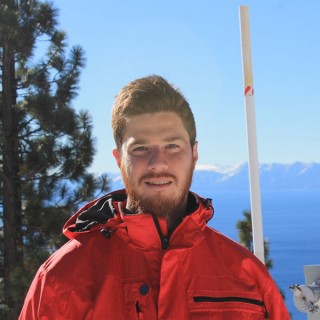