The goal of today’s field project was to deploy instruments that will help us understand and predict the temperature of the water in coral reef habitats. This project is motivated by the connection between elevated sea temperatures and coral bleaching. Corals are sensitive to high temperatures, and will expel symbiotic algae if water temperatures are too high for too long. Without the required nutrients, derived from these algae, the coral will subsequently die and lose their color – hence the term ‘bleaching’. Understanding what physics govern the water temperature – such as tides, waves, and solar heating – scientists can better forecast how the temperature in reef habitats may respond to changing environmental conditions such as sea level rise, or variations in solar heating.

One mechanism postulated to elevate sea temperatures in a reef atoll system is the intensified heating that occurs in very shallow water. Atmospheric heating will warm the water in shallow regions more quickly than adjacent deeper water – similar to a tide pool at the beach. With a strong atmospheric heating associated with a tropical climate, shallow-water heating can create temperature difference of even a few degrees Celsius over hundreds of meters.

Coral reef atolls are characterized by lagoons that are enclosed by a shallow coral rim. Atolls often arise abruptly from a surrounding deep ocean, making the rim of the reef very shallow in comparison to both the neighboring ocean and lagoon. For reference, the Scott Reef rim resides near mean sea level, making it exposed at low tide and under about two meters at high tide; the lagoon is deeper by about 40 meters. With the reef rim at Scott Reef being about 1 kilometer wide, it may serve as a significant source of hot water to be distributed around the reef habitats.

To identify the physics governing the thermal field at Scott Reef, and ultimately develop a means for predicting water temperature, the science team needs to observe how the water temperature changes in time along with changes in both atmospheric heating and water circulation patterns. With this data, we can use mathematical equations to determine which forces (e.g. tides, waves, etc.) are the main drivers of the system, and can validate models used to predict temperature variations. To collect this data, scientists place instruments across the atoll rim to record variations in temperature, water speed and direction, and water depth. The team also collects radiation measurements that tell you how much heat is entering and leaving the surface of the water.

Once the team has a better understanding of the relevant physics controlling the temperature at Scott Reef, and have validated the results of ocean models, we can then use the model to simulate different climate scenarios to quantify potential risks to Scott Reef coral. Since relatively little research has been conducted on reef atolls in comparison to fringing or barrier reefs, these results may serve as a preliminary tool in determining the temperature environment of other similar reef atoll systems. 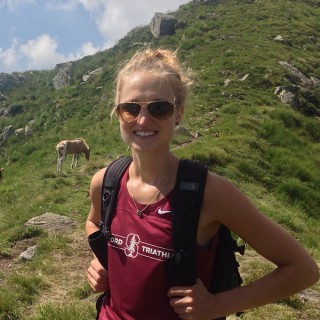