After eight days of mowing back and forth in the waters surrounding Gardner Pinnacles, Falkor‘s sonar system has revealed a secret garden of geologic delights.

For much of what we simply call Gardner, particularly the northwest corner, this is the first time high-resolution sonar data has been available. We’ve found large step-like platforms, canyon-like features, and largescale scarps—the remnants of huge landslides, all of which will offer new insight’s into the area’s geology and history.

Interest in Gardner first began in the 1820s, when Captain Joseph Allen and the crew aboard a Nantucket whaler called Maro found the pinnacles. This spot would become the subject of several marine biological studies due to its diverse ecosystem. One sign of that is the variety of marine birds that call Gardner home, generously providing the guano that gives the pinnacle its distinct white color.

At initial glance, looking out through our binoculars from the monkey deck, we could just make out Gardner’s two small, white-capped pinnacles. Despite these pinnacles being the smallest above-water land area in the monument, they rise above the largest underwater shelf—2,428 square kilometers. This is comparable in size to the Big Island of Hawaii itself.

Step Up, Step Down

There is a series of “steps” in elevation on the seafloor around Gardner–what geologists refer to as terraces, These are usually built by corals as their carbonate skeletons accumulate along the flanks of an island forming horizontal or gradually sloping surfaces. The team found similar terrace structures on Leg One at Nero and Turnif Seamounts.

There are many factors that can affect the way corals construct reef terraces, including nutrient levels, the initial shape of the colonized surface, and sea surface temperature. However, water depth fluctuations have the largest influence by far on their development.

Rising sea level and gradual sinking of volcanic islands due to cooling of volcanic material can both increase the water depth around an island. When this happens it can cause one level of corals to die off as the next reef forms upslope in shallower water so that the corals can continue developing in their optimum water depth. If sea level later falls during a glacial cycle, this can lead to terraces forming downslope. This type of structure with overlaid terraces is clearly visible in Gardner’s stair-like sides.

Interestingly, we saw that a number of terraces were connected despite being at different depths along Gardner’s flanks. Could this be evidence of tilting due to subsidence? And some southeast terraces showed even closer stacking than those in the north. Could this be because the south had a steeper substrate when these terraces developed?

Another intriguing finding came from the Gardner’s northwest corner, in about 1,400 meters of water. There, sonar revealed an unusually large, 200-meter raised rim surrounding the edge of a deeper, fan-shaped platform [see image]. We don’t know when this strange feature would have formed or how. What is most baffling is why no other terraces around Gardner have have similar raised lips.

Clearly the multibeam sonar has opened numerous research paths for us to explore. These exciting findings could help us better understand terrace development during periods of low and high sea level in the past, and possibly even shed light on past climate variability.

Until our next blog, mahalo. 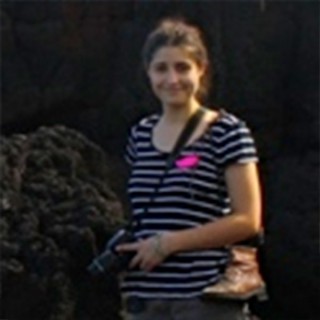