Falkor is continuing its journey up through the waters of the Papahānaumokuākea Marine National Monument. We are presently off Lisianski Island, our farthest point from Honolulu on this second cruise, and today I thought it would be helpful to explain a little bit more about how the mapping process works.

To do the mapping well, we have to pay careful attention to the multibeam monitors at all times, even at night and through the wee hours of the morning. We also have to process the multibeam data onboard as soon as they are created, so that we can get mapping products out to interested parties shortly after our time on the Falkor comes to an end.

Falkor’s advanced Kongsberg multibeam sonars transmit sound pulses, or ‘pings’, that bounce off the seafloor and return to the ship. The sonar systems calculate the time each pulse takes to reach the seafloor and return, then translates those times into water depths, allowing us to uncover the bathymetry below us.

The speed, or velocity, of the pings depends on water temperature and salinity, which we regularly measure.  If we see large differences between what we measure and what we estimated, then we recalculate what we call the sound velocity profile. All of this involves deploying something an expendable bathythermograph (XBT) at least once a day, and more if necessary. The XBT is a small probe attached to a very long, hair-thin copper wire that we release into the water to send back the data we need for recalculation.

We also have to anticipate large changes in the height and shape of the seafloor as the sonar’s swath width varies with depth. So, for instance, when we pass over steep topographic features such as shelves and terraces, we have to plan our path accordingly to avoid shadowing or gaps in our data. Unfortunately, sometimes this just can’t be avoided but we try our very best to prevent it.

After our data are collected, we inspect them to ensure they don’t contain false depth calculations from pings that went astray. This sometimes occurs from interference, such as pings bouncing off fish or whales, or from rough seas. We ‘clean’ our bathymetry data by removing, or invalidating, bad pings. The figure to the right shows a before and after view to give you an idea of what’s involved. We call this process “killing dots”, and we’ve been doing this mainly using a program called “Saber”. Luckily, the placement and sophistication of the Falkor sonars are so good that we generally don’t need to kill too many dots.

To discover the full extent of all the features we’re currently mapping in the monument, we have combined our data with those previously collected on the first cruise as well as older cruises dating back to 2002.  We also use Saber to perform this synthesis using what’s called a Pure File Magic (PFM). Once our data are incorporated into the PFM, we perform a second check to make sure the older cruise data and our new Falkor data blend correctly together to make a coherent image.

Unfortunately, the multibeam data from some of the older cruises aren’t as high quality as our new data, so we end up spending many long hours each day editing the datasets.  However, when it’s done and we take a look at the wonderful images we have created, we realize that all of this work and the very long late nights have been worth it. 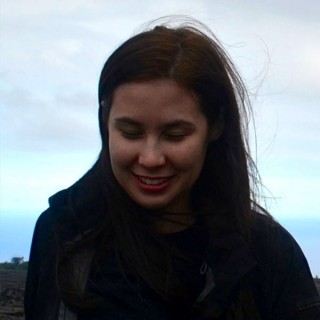