Jagged piles of molten rock, sulfurous smoke, exploding gaseous emissions, shifting landscapes, otherworldly creatures, scalding acidic fluids, swirling plumes of volcanic gasses and particles, and crushing pressure of the overlying sea: what is not to like about active submarine volcanoes? If that’s not reason enough for come to these places, how about an opportunity to understand one of earth’s most fundamental, dynamic, and yet rarely observed natural phenomena?

Deep submarine volcanism is difficult to detect, difficult to study, and yet fundamental to understanding processes that form Earth’s crust, make and erupt magma, and drive the chemistry of earth’s oceans.  The ocean basins cover two thirds of the world surface and are floored (often beneath subsequent layers of sediment) by the rock deposits of submarine volcanoes. Several dozen submarine volcanoes have been visited by geologists over the past four decades, yet only two have ever been caught in the act eruption. We are sailing with Schmidt Ocean Institute to one of them, West Mata Volcano, in the Mata Volcano Group, in the northernmost reaches of the Kingdom of Tonga. This site is the only known location in the world to have erupted a rare, extra-hot, and geochemically-interesting magma type called boninite (which was previously only known from the ancient rock record).

We have brought with us high-tech specialized tools and many collected decades of expertise to observe and to learn, and to share what we learn with you in real time.  All of this is thanks to Schmidt Ocean Institute.

Important Questions
Our team has been aboard the vessel Falkor for nearly a week, with a mission to study every aspect of the active volcanoes that lie deep kilometers beneath us. We have come back to West Mata and neighboring volcanoes with a long list of questions of ours and other colleagues about how deep submarine volcanism shapes the landscape and ecosystems at submarine volcanoes, about how such volcanoes grow and change over time, about how magma is made deep beneath the Earth’s crust and percolates upward to erupt on the seafloor, and about how all of this affects the deep oceans. There is so much we still do not know about this phenomenon, even though our research group has been here seven times before. Many of these volcano “hot topics” were discussed earlier this year at the first ever international conference dedicated to the study of submarine volcanoes, where West Mata volcano was one of the star topics of discussion, because of our prior work here..

We can now start to address questions such as:
How large and explosive are submarine eruptions?
How do gasses released by the magma drive eruption behavior in the sea?
How far do the volcanic products spread out underwater?
How long does it take for seafloor ecosystems to re-establish?
How do submarine volcanoes build up over time?

And best of all, we have multiple nearby volcanoes to study at once, so we can compare how volcanism at one site affects the others too.

Surprises awaiting
It does not hurt our enthusiasm that the last time anyone witnessed a volcanic eruption at this site while it was happening was us in 2009 (including myself and scientists from several different universities and NOAA). For the past year or so, since I learned that Schmidt Ocean Institute was supporting our quest to return to the Mata Volcano Group, every volcano scientist I’ve told about our “Underwater Fire” expedition on Falkor bubbles with enthusiasm at the prospects. It doesn’t matter if they are a volcanologist, seismologist, ecologist, hydrothermal fluid chemist, or oceanographer – they know this is an amazing study site where fundamental discoveries are waiting to be made. Each of the seven times we have been at this and nearby volcanoes in the past eight years, we’ve seen something really exciting and learned more about volcanism, hydrothermal activity, and seafloor ecology, whether it has been erupting or not. No one person could study all of these aspects alone so it is with great pleasure that I get to sail again with a team of experts to this place. This time, we have an extra focus on the geological and volcanological aspects of the system.

The new frontiers in volcano science are in applying new technologies to capture events during eruptions in extreme environmental conditions, to understand eruption precursors, and in studying poorly observed volcanoes in hard to reach places, such as under the sea, under ice, and on other planets. We have got our gear, our top-notch science team, the support of Schmidt Ocean Institute, a vessel with high tech tools and autonomous robots at the ready, and an eager and capable crew. Now all we need are some good seas and good luck.

Please stay tuned via this website and YouTube or the SOI media channels as we report in real or near real-time on our discoveries. 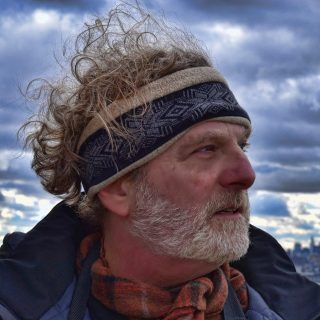