It was a real joy to have our first deep dive down to 3250 meters in the Bremer Canyon. We meticulously explored rocky walls and muddy plains. Additionally, we stopped a few times to pick up rocks from the seafloor or strip bedrock samples with SuBastian’s robotic arm. So, the question is: why deal with geological issues in a mission tackling primarily the biological exploration of deep submarine canyons off southwestern Australia? After all, the main focus of this Falkor mission is to look at the canyons’ deep-sea fauna, and explicitly find cold water corals there for answering climate questions. Isn’t it?

Sure, but… Let us see for a moment the canyon habitat from the viewpoint of an animal planning to live there, one possibly belonging to the category academically classified as ‘benthos.’ This means the type of life that spend their existence on the sea bottom crawling on the floor, living buried in the mud, or firmly cemented to a solid rock. Well, to do that one needs certain characteristics of that could differ greatly, depending on where the organism lives. For instance, as we have seen, the soft bottom is home to a number of animals (such as sea-cucumbers and sea-urchins) that walk on the surface to feed, leaving a network of trails behind, or hide into the sediment, producing miniaturized volcano-like conical structures, as do some crustaceans or worms.

Similarly, a lot of deep-sea life instead require a hard substrate on which to rely for years, or even decades, of immobile life in the abyss. Attached to a lone rock, hanging on a wall or sticking in an overhang, scores of worms, mollusks, and barnacles depend on rocky substrates to settle and feed. This is also true for corals, especially those stony species that are the main target of our expedition and can only be found cemented to rocks. The nature of the substrate is one – but not the sole – service provided by geology. Boulders and bedrock interact also with the strength and direction of currents, which are vital for the attached organisms that need to get food through filtering water flow. And SuBastian’s 4K videos have shown many sea-stars, sea-lilies, and cnidarians like black and golden corals unevenly settling on some spots, whereas large areas appear deserted.

Therefore, it is the geology that somehow dictates the agenda, both by providing habitats available to life in the form of hard rocks and sediments, as well as by interfering with currents. The overall existence of the canyon itself is one response to gigantic geological forces which shaped – and still continue shaping – the morphology of the southwestern Australian Margin under exploration. Over millions and millions of years, these forces create the rocks, control ever changing morphological evolution, and produce sediments. The rocks we have collected, the first ever seen in situ and not taken to the surface by dredges, tell the story.

A preliminary evaluation on the ship discloses that we have collected three different sort of rocks. The dark rocks picked up by the ROV when we first hit the bottom, those that formed imposing walls and impressive talus, are ancient sandstones and mudstones, probably formed in the Mesozoic era before Australia and Antarctica (both parts of the Gondwana supercontinent) split apart. The white friable and chalky limestone, forming so much of the upper sequence of rocks seen in the canyon above 3000 meters at the end, are likely Cenozoic marine sediments which accumulated after the separation of the two continents completed about 30 million years ago.

More refined studies ashore will tell us a more complete story. By now, it is all very clear then: perhaps our corals do not know this, but we can see geology counts! 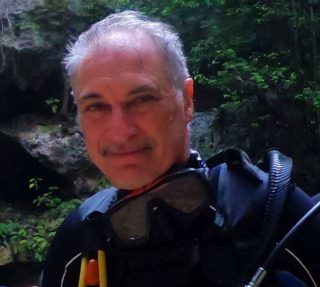