By definition, every ship has a captain whose job is to decide, order and know. Every seagoing expedition requires another person who works closely along those lines, but on the science-side of things.

The principal investigator, or “PI,” is in the limelight of the expedition – handling, deciding, and managing everything that happens in terms of the science that goes on aboard. I have waited a long time to be in this position, and I admit it is good fun, but it is also a good idea to take a humble approach at the task. 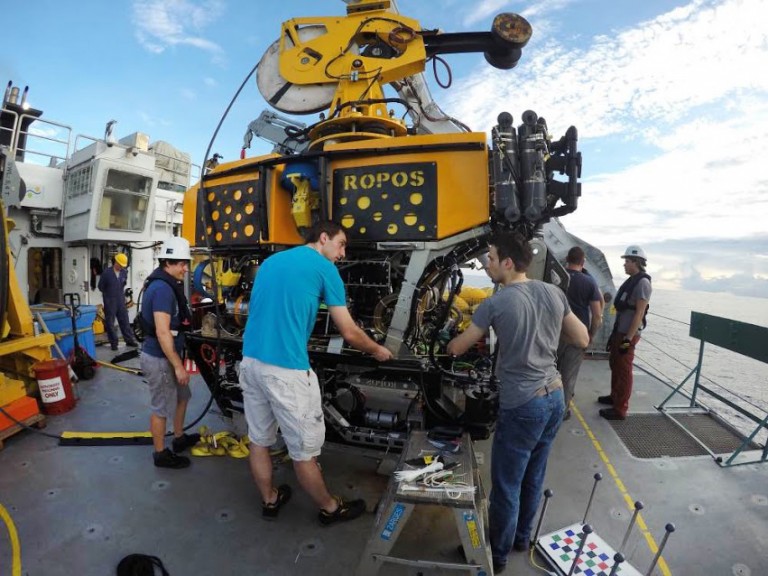 The role of a PI on the ship has a lot to do with the preparations of the cruise. Staging a seagoing research expedition is in many ways comparable to launching a satellite.  It takes years of preparation, excitement slowly ramps up and then culminates in two short weeks at sea, after which you find yourself left with sort of an “astronaut syndrome” – wondering whether this has been all there is to it (unless the next cruise is already lined up).

First, someone needs to have an idea for an expedition, and this should be connected to a scientific question. “Checking what’s out there,” also known as exploration, is hard to get funded these days, but organizations such as SOI are a happy exception. Next, he or she finds allies among colleagues of the same or different disciplines who support the idea, and ideally they find that they can work in the same area, answering questions that relate to the original idea. This group then writes a proposal to an entity that grants ship time, such as the National Science foundation (or, in the case of SOI, a private foundation). In parallel, they write other grant applications in order to raise funds for travel, shipping, salary for students and coworkers and scientific analyses. The PI usually serves as the secretary of the group and does most of the writing.

This takes a couple of weeks-to-months, then another several months until they hear back whether a group of independent reviewers recommends the proposal to be supported and funded. If they do, the expedition gets scheduled along with other proposals that have been granted. This often does not happen in chronological order but by geographic region, which means some additional waiting time can accumulate, or the cruise is even be postponed for an entire season.

Once a sailing date has been fixed, it is time to start the logistical planning. Tools needs to be acquired, staff hired, and large equipment such as an ROV has to be chartered. An ROV almost always requires some engineering to be done, since the scientific equipment has to be adapted to the vehicle (and vice versa). Visa and vaccinations have to be handled. Airline tickets purchased and post cruise field trips coordinated.

Thus an interesting – often stressful, but generally entertaining – part of our job in science is learning about how to ship a container, as well as what rules to obey when buying multi-ton shackles or optical fibers thin as a hair. 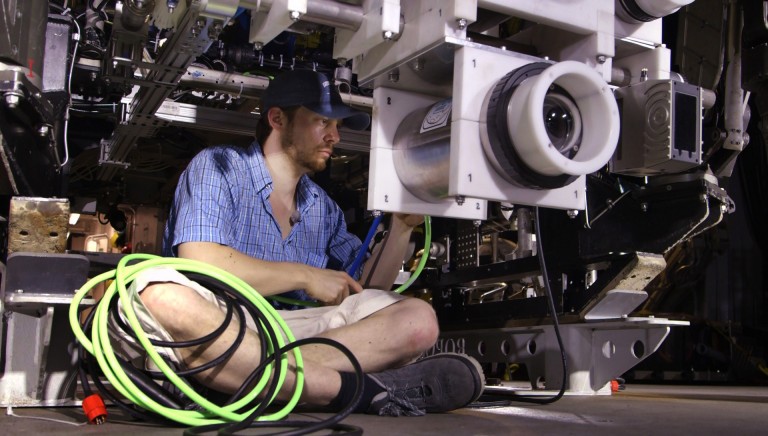 Once aboard, the PI is again the foremost manager. His or her responsibility is to communicate with the bridge, and do so in an orderly, reliable, and non-contradictory fashion (which, thanks to the nature of scientific discoveries hardly ever goes smoothly). Moreover, there are usually a handful of scientific parties and everyone has a different idea of how to best use the available ship time. I once asked a Hollywood producer what the essence of her job was and she replied “managing expectations.” I think the same is true for the leader of a scientific party.

After the cruise, the second long phase of justifications start. Scientific insight needs to be harvested from the gathered data and the PI coordinates the publication of papers and the release of data. Reports to funding agencies have to be written, and the PI has to make sure the working group as a whole stays in good reputation. Not publishing results is generally the best way to get grounded by the rest of the scientific community, who will review your next cruise proposal.

Taken all together, it is good fun being able to shape a complex undertaking such as a seagoing expedition. On this cruise, I am a particularly happy PI as we have met pretty much all of our scientific goals so far. Lets hope for the best on the two remaining dive days. 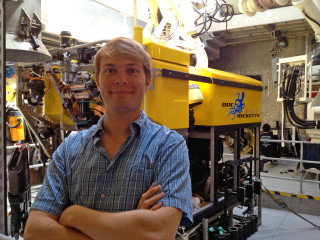 Tonga ‒ A Kingdom of Volcanoes

It Takes a Village to Start a Research Cruise

Biologist on Board, Vents Ahoy!