There’s a reason why people are hesitant to walk over burning coals. Barring those who have congenital analgesia, everyone can feel heat, and unless you live above the Arctic Circle like me, it is not a feeling we often relish. In fact, heat sensitivity can invoke serious fear and has fueled mankind’s most sadistic tortures and punishments. Nonetheless, it is vital for survival. Because we can sense heat, we can avoid it and prevent harming our bodies.

Our ability to sense heat comes from temperature-sensitive proteins on nerve endings within our skin. The genes for these proteins, called Transient Receptor Potential genes, (TRP genes for short), are present in most animals, even the slimy, ugly ones that most of us think of as being incapable of feeling anything at all. Even scientists are guilty of not giving ‘lesser animals’ credit for feeling heat. Logically, it makes sense: many invertebrates have very simple neuronal networks. Plus, several of them live in the ocean, where there simply isn’t a lot of heat, so even if they had TRP genes, they wouldn’t need to use them. Jacques Cousteau even mentions observations of octopuses walking over fire and showing zero signs of discomfort while getting burned.

However, now we know of the existence of hydrothermal vents, places in the ocean with not just heat, but lots of it. And vents aren’t just hot. They are extremely dynamic, where literally, in seconds, the ground beneath your feet could go from a gravestone on a freezing winter day to a hot plate on a lava lake.

It is unlikely that vent animals are oblivious to the dangers around them. A popular theory is that they manage by being extremely heat tolerant and sure enough, some of the most heat tolerant animals on the planet live at vents. But, those are the elite, the celebrities of the vent world – high heat tolerance is not a luxury afforded to the masses. So I am exploring the idea that feeling and reacting to heat is the common survival strategy at ‘hot vents.’

In order to investigate this question, I will collect vent animals and expose them to a temperature gradient, to see if they move away from the hot end, and how quickly. The experiments will take place within a pressurized vessel to mimic their deep-sea homes and they will have enough oxygen and food to feel as comfortable as possible in such a situation. Secondly, I will study the DNA of their TRP genes and how much they actually use those genes, by quantifying the RNA products of the genes. I will compare the extent to which vent animals use their TRP genes to how much closely related species at ‘cold seeps’ use them. Cold seeps are analogous to vents in many ways, but as is obvious from the name, they are cold, with no sudden or unpredictable temperature fluctuations. Therefore, the cold seep species’ usage of TRP genes will serve as a yardstick against which it will be possible to estimate how important sensing heat is to vent animals.

Understanding life in extreme environments such as hydrothermal vents could help us understand how and where life might exist in the universe. Vents are a good candidate for the origin of life itself on Earth, so understanding vent life takes us closer to answering questions about our own beginnings. While sense and touch do not equate with the ability to feel pain, it is a prerequisite, so studying reactions and avoidance behavior could be very informative regarding the existence and extent of pain in our world. 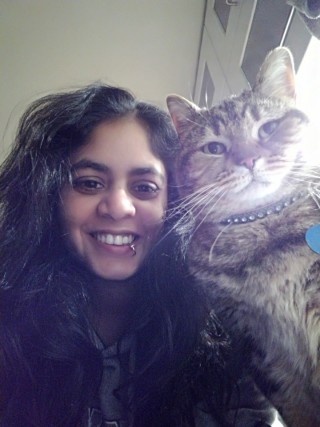