Much like the deep sea hydrothermal vents we study, no light penetrates into the remotely operated vehicle (ROV) control room. Here, the ROPOS team operates the submersible, helping scientists collect samples and conduct analyses. Working 12-hour shifts, a ROPOS pilot may spend a full day in this room, lit only by glow of ~22 computer screens showing video feeds of all the cameras mounted on ROPOS used to navigate and observe the deep sea.

Contrast this schedule with that of a ship officer, who may spend the day standing watch on the bridge, shielding their eyes from the sun’s glare on the water while guiding the ship to our next study site. This blog post explores the diversity of life on the ship instead of at a vent, interviewing people with differing roles about their jobs and day-today existence on board.

For scientists, a common theme is the lack of regular schedule. Most scientists have a 4-hour watch when they sit in the ROV control room to help log the submersible’s activities, and then are awake at all hours to collect and process samples, or set up timed experiments. Chuck Fisher, the chief scientist, balances a semi-regular schedule with checking in on all the other scientists, keeping them awake and enthusiastic, or sending them to bed when they start to flag. His main job is to interface with the ship captain and the head of the ROPOS group to communicate everything the scientists hope to accomplish and to evaluate and make decisions regarding the safety and feasibility of what we’re doing. He says his favorite part is “seeing the seafloor and finding new stuff” (see his blog post). Fanny Girard is a PhD student who, on this cruise, assists with generating high-quality panorama photos (called mosaics—stay tuned for a description of them in Fanny’s blog post) of the vent chimneys. However, all scientists pitch in when and where they’re needed. When asked how she spends most of her time, Fanny emphatically replied “dissections.”

Cardinia Funganitao also lacks a set schedule. As the Tongan observer, it’s her duty to make sure all our sampling is done in accordance with the permits we’ve been fortunate to receive from the Tongan government in order to operate and collect samples in their waters. So she tries to be present when ROPOS is in the water, or when samples are being processed, but with 24-hour operations, it’s not possible. This expedition is Cardinia’s first; her favorite activity thus far is helping the biologists in the wet lab with dissections. When asked about how her expectations compared to the reality, she said that while she expected long working hours, “there’s still time to have fun and relax.” She also commented on not expecting to “feel queasy when the seas get rough,” a predicament a number of us have faced!

Jack, a deckhand, does have set hours, working from midday until 8pm or so. His primary responsibilities include exterior maintenance of the ship, helping with deployment and recovery of scientific equipment overboard, and looking out on the bridge. He’s studying to become a ship officer, and switched from serving as a mate on a sailing yacht to working on the research vessel Falkor in pursuit of something “different and worthwhile.” Paul “Jimbo” Duncan, a marine technician, joined the Falkor crew after 22 years working in a similar position on British government vessels. In his 12-hour shift, Jimbo assists with ROV deployment, manages the large datasets collected by the ship or deployed equipment (such as the multibeam data used for mapping, and described in Vicki Ferrini’s blog post), and, primarily it seems, help scientists troubleshoot when dealing with ship technology or their own technology (Like when I couldn’t log onto the server to post this blog.) Another crew member informed me that, in addition to his regular duties, Jimbo is a monster on the rowing machine in the ship’s gym and “could tow the boat with the rowing machine if he had too.”

Finally, there’s the ROV ROPOS group. Most are multi-talented technologists—able to pilot the ROV, use its appendages for fine manipulations and sample collection, and deal with anything that goes wrong whether mechanical, electrical, or technological. With 12-hour shifts in a darkened room where they are near-constantly occupied, they prioritize doing something completely different with the rest of their time. Michael, for instance, responded to the question of what he does with his down time by describing his routine: “Go to the gym. Get up early enough to read and drink coffee.’

From the stewards and cooks, to the purser, to the captain, officers, and engineers, to the ROPOS crew, and to the scientists from graduate student through chief scientist, we all coexist on the ship, wandering from deck to library to lab to ROV control room as we go about our days, primarily overlapping during mealtimes. Thus, the Falkor community comprises a wide range of people and jobs that, functioning together, facilitate some truly awesome science. 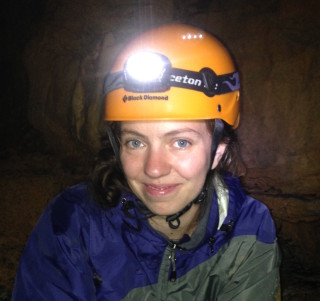