Due to their remoteness, deep-sea ecosystems are extremely hard to monitor. For instance, one can directly observe changes in the vegetation after a wildfire, but assessing animal community succession on hydrothermal vents is much more complicated. A good way to achieve this goal is through the analysis of time series of images.

Hydrothermal vents are very dynamic environments; a vent will usually be active for a few years before it shuts down and a new one appears somewhere else. These changes in venting activity are generally associated with changes in animal communities, as different organisms have different tolerances and requirements. One of the best ways to study animal succession is to set up monitoring stations and use imagery to document changes in the communities.

Thanks to the fast advances in technology, we have now the ability to take very high definition photos in the deep sea. The quality of these images is so high that it is possible to identify any organism big enough to be visible to the naked eye. Therefore, these images can be used identify species assemblages on hydrothermal vent and document changes in their composition over time.

One of our goals for this cruise is to go back to several vents that were previously visited in 2005, 2006 and 2009, and re-image them. We have been following different sites over the years, and are now going back to characterize changes in animal communities. At each of these sites, we are using a camera mounted on the remotely operated vehicle (ROV) ROPOS to take high definition photos of the sea floor. Unlike during the previous cruises, where only two-dimension images were taken, we are using a high definition camera combined with stereo cameras in order to get three-dimensional images. To optimize image quality, the camera is held close to the sea floor (3 to 5 meters). We then take several overlapping photos covering the entire area of interest and combine them to get a “mosaic”. Animal assemblages are then identified directly from these photomosaics. As the exact same areas were mosaicked during the previous cruises, it is possible to identify any changes in community composition by comparing the mosaics made during each cruise.

Data collected from the photomosaics combined with in situ measurements, and bathymetry can give us invaluable information. During this cruise, we have been using a mass spectrometer and an Eh/pH probe to measure water chemistry, as well as a temperature probe to get temperature data. By combining all this data with imagery, it will be possible to link species distribution to the environment. Also, we have acquired high-resolution bathymetric maps of all our study sites. The two-dimensional photomosaics obtained will then be overlaid on these maps, giving us information on how species are distributed in a three-dimensional space.

Imagery is a very powerful technique and has lots of advantages. But what makes it a very good tool to study deep-sea ecosystems is the fact that it is a non-destructive method. It allows for the collection of valuable data without requiring any sampling, and thus without affecting the animals we are studying or disturbing their environment. For these reasons, imagery is particularly useful when we are interested in monitoring temporal changes in an ecosystem. 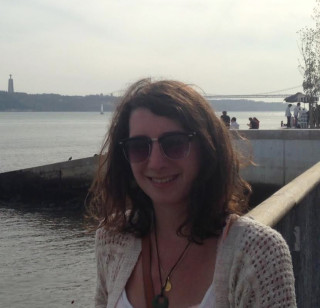