There is now considerable evidence that the First Australians arrived on the continent around 50,000 years ago. At this time, sea levels were up to 80 m lower than they are now. Much of what is now South-East Asia was connected by land in a continent called Sunda, while Australia and New Guinea formed a continent known as Sahul. Between these two continents was a group of islands called Wallacea. The voyage from Sunda to Sahul via Wallacea required at least one crossing of 100 km and several crossings of 20-30 km, meaning that these intrepid explorers would have sometimes been spending several days on the open sea to reach their next destination. In a 2019 paper, Bird et al. modelled different scenarios for reaching Sahul (the region including Australia). There were two possible routes through Wallacea, a northern route and a southern route.

It is staggering to think that tens of thousands of years before the HMS Challenger was making its discoveries, before Captain James Cook was setting foot in Australia, and even before the Polynesians were making their way across the Pacific, the First Australians were setting out into the unknown, voyaging across stretches of open ocean, toward what would ultimately become their home. To undertake these voyages, the Aboriginal Australians must have constructed vessels, most likely bark canoes, and have understood a range of oceanographic processes – we should consider them “the first oceanographers.”

Since arriving in Australia, Aboriginal peoples living on the coast have experienced some dramatic sea level changes, with a low of 130 m below current levels around the time of the last ice age 20,000 years ago, to present day sea levels around 7000 years. Communities lived on land that is now part of the sea floor – recently marine archaeologists have uncovered stone tools from sites up to 14 m below the surface off the Pilbara Coast.

As sea levels rose and inundated parts of their country, Aboriginal peoples recorded these changes in their stories they handed down for generations. When we compare these stories with our records of sea level rise, we find that this knowledge may be as old as 13,000 years. Australia seems to be the only place where oral records of sea level change survive from this far back in time.

Aboriginal peoples continue to maintain strong relationships with coastal and marine environments. When coastal communities think of their “country”, they make no distinction between land and sea country, having an intimate understanding of both and the processes that connect them.

An example of this is the 2001 Croker Island Case (Commonwealth vs Yarmirr), which sought to determine the extent of Native Title at sea. This legal case found that the Croker Island communities not only had names for specific formations such as reefs, rocks, and sand bars, they also had names for different zones of the sea based on their depth. Certain individuals in the community inherit special knowledge and responsibilities for areas of the ocean – you could say that they have their own local oceanographers!

The history of oceanography remains a fairly “colonial”, Westernised story, and we need to “decolonise” the field and learning about how indigenous cultures relate to marine and coastal landscapes. This may help us to engage with the oceans, broaden our horizons as oceanographers, and protect it for future generations. 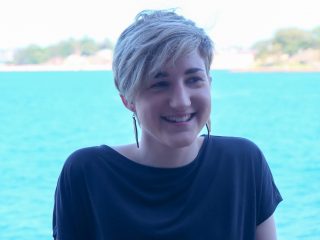