Only 3% or so of the world’s 10,000 bird species are considered ‘seabirds’ – defined as birds that make their living from the variety of marine ecosystems on the planet. Why are there so few species of sea birds when marine environments cover ~70% of the planet? The limited number of seabirds indicates that marine environments pose many challenges for birds.

Seabirds act as global sentinels for the health (or otherwise) of marine environments. Sadly, approximately 1 in 3 species of seabirds’ populations globally are decreasing, giving a very strong message that our planet’s marine systems are struggling.

I’m Eric Woehler. Together with my research colleague Gemma Rushton from the University of Tasmania and BirdLife Australia, we are on board the R/V Falkor for a month to undertake seabird surveys in the Northern Tasman Sea and Coral Sea Marine Park. Our seabird surveys are the most recent contribution to a long-term BirdLife Australia project that has two broad aims: (1) to document the distributions and abundances of seabirds around Australia, and (2) investigate the relationships between the seabirds and oceanographic processes. The project also provides early-career scientists blue-water research opportunities.

In the first ten days on board, we have recorded more than 20 species of seabirds from the observation deck above the bridge of the R/V Falkor. The most abundant species to date is the Red-footed Booby, a widespread species of tropical seabird found worldwide. The name ‘booby’ is a corruption of the Spanish word ‘bobo’ for ‘fool’ or ‘clown.’ Watching them, it is easy to see why the early European sailors named them after clowns! They are renowned for their remarkable ability to catch flying fish in high-speed aerial pursuits just centimetres above the ocean’s surface.

As many as 30 Red-footed Boobies adopt RV Falkor as their temporary home daily. The ship has a foremast that provides a perfect perch for them. They alternate between preening their waterproof feathers and keeping a close watch for flying fish during the day. At night, they sleep perched precariously on the foremast, rather than returning to their island homes where they nest in trees and shrubs.

Flying fish are found throughout the subtropical to tropical oceans. They escape their underwater predators by ‘flying’ above the ocean surface – but once out of the water, they become prey for Red-footed Boobies and other seabirds. It is a case of leaping from the pot into the fire!

When one booby sees a flying fish, the high-speed chase begins with up to 10 boobies in pursuit, showing off their remarkable aerobatic skills. There is plenty of screeching and stiff competition to snare a flying fish. The successful bird must then swallow the fish immediately before other boobies arrive and steal its catch.

After a chase, they return to the foremast, and the circus continues as birds attempt to land between other birds on the mast. However, they often mistime their approach, sometimes landing on other birds, the navigation lights, or landing unbalanced and falling off. There is much squabbling, pecking, and angry calls! The prize perch is the very top of the foremast from where all challengers are easily dispatched with a sharp peck to prevent their landing.

Their antics on the foremast of Falkor bring smiles and comments from all the ship’s crew and science team  – except perhaps the poor crew member whose daily routine starts with high-pressure water and a stiff brush to clean off the guano on the deck under the foremast. It is easy to imagine the early sailing ships in the tropics with their rigging and masts adorned with Red-footed Boobies, displaying the same suite of ‘foolish’ or ‘clown’ antics to the sailors on board – establishing their name bobo or booby, which is still used today.

While on our seabird watches from the Falkor’s observation deck each day, in addition to boobies we see shearwaters, petrels, terns, frigatebirds, and the occasional whale. These observations provide data on the wildlife of the Tasman Sea and contribute to a broader understanding of the health of the ocean. 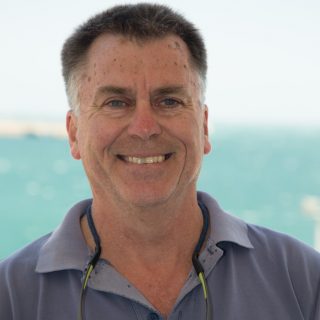 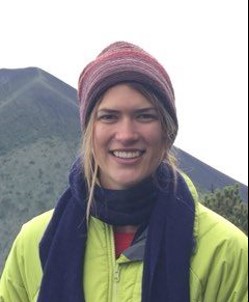