You may recall that Dr. Seuss wrote a story about an elephant, Horton, who discovers a microscopic community on a flower puff as a result of his exemplary hearing. In ‘Horton hears a Who‘, Horton spends a lot of time trying to convince others (who cannot hear quite as well) that this microscopic world is real, while some try to prove him mad. Well, after watching our live streams, some of you may be wondering why we are scanning rock walls looking for small animals in the deep oceans when there is plenty to discover in the larger size range. Have the scientists lost the plot far out at sea aboard the R/V Falkor?

Small but Significant
We are doing so for a few different reasons. The study of microscopic animals (which in general terms means animals smaller than around 0.5 cm to 1 cm, depending on the group) offers opportunity for huge discovery – from new branches in the tree of life, to new species (especially in little studied parts of the world, such as the east Indian Ocean Canyons). Beyond evolutionary work, micromolluscs are important ecologically, as they offer insight into the base of our marine food web: small predators eat small prey. Lastly – and because of the challenge in studying micromolluscs – a huge number are still unknown, and it is hard to conserve what you do not know. Taxonomists need to collect and describe small marine animals so that these creatures can be included in biodiversity inventories and considered in conservation initiatives.

A Hidden World of Wonder
It is also very satisfying (and frankly addictive) to initially scan a surface and observe nothing, to then zoom in using the incredible capabilities of the ROV team coupled with SuBastian’s wonderful 4K imaging system, to be rewarded with a stunning image of a tiny “gem.” Side by side with science, we aim to make the public aware of the many small lives in the deep sea to help instill a sense of discovery and wonder, which in turn leads to interest and stewardship. 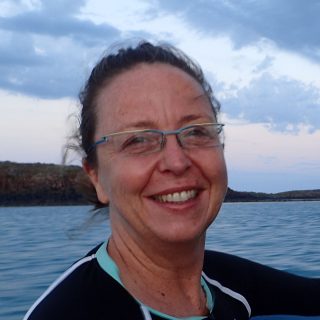