Greetings from Australia! My name is Georgia Nester and I am one of the Student Opportunity Participants on the R/V Falkor for the March 2020 research cruise: Illuminating the biodiversity of the Ningaloo Canyons. This project will form part of my PhD ‘Monitoring blue biodiversity: examining diversity patterns in oceanic environments using environmental DNA’.

The overall aim of my PhD is to use environmental DNA (eDNA) to determine patterns in marine biodiversity in areas that are severely underrepresented in the literature and provide innovative methods of monitoring threatened species. I completed a marine biology degree with first class honours at Curtin University and continued to do my PhD there with some amazing local and international collaborators.

Other chapters in my PhD involve:
• Developing an eDNA toolkit for the sensitive detection of cryptic Syngnathidae species
• Using eDNA, habitat and environmental data to inform the development of a long-term monitoring program for the critically endangered South African pipefish Syngnathus watermeyeri
• Identifying patterns in biodiversity for multiple pelagic invertebrate species and determine their relationship with the Antarctic Polar Front using eDNA in a voyage from Hobart to Antarctica (see below)

Ambitious Goals
The Cape Range Canyon system is one of the largest in Western Australia, extending over 120 kilometres and reaching approximately 4600 metres in depth. In Australia, submarine canyons are recognised as potential hotspots for biological productivity and marine life, from deep water corals and sponges to foraging blue whales. The canyon system has been recognised as a key ecological feature of the north-west region, specifically as a pathway for the upwelling of nutrients. The overarching goal of this project is to sample as many diverse habitats as possible and, using multiple collection techniques (eDNA and ROV), to record as many taxa from as many phyla as possible, therefore characterising the biodiversity of this system.

What is eDNA?
What if you could determine exactly what species have been through a particular environment without physically seeing those species? All organisms shed DNA into the environment through metabolic waste, shed cells and damaged tissue. eDNA therefore, refers to genetic material found in the environment derived from whole microscopic organisms or shed from multicellular organisms. We are now able to use newly developed molecular tools to detect this DNA in environmental samples. eDNA sampling has been used for over a decade to infer species presence in the environment without first isolating the target species.

The Falkor is a stunning vessel and the facilities are amazing! So far, we have been doing lots of inductions and training, prepping for the worst-case scenarios (including wearing immersion suits). I am so grateful for this opportunity and excited to see what we find! This will be the first of several blogs where I will be discussing the research and daily operations on the Falkor. 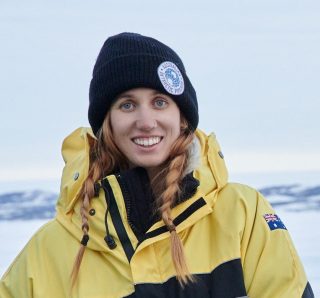