My name is Jody Webster, and I am the coordinator of the Geocoastal Research Group (GRG) in the School of Geosciences at the University of Sydney. I am a marine geologist interested in understanding how tectonic, sea-level, and climate changes control coral reefs and associated coast-to-basin systems around the world. However, somewhat less technically, my partner affectionately likes to describe me at dinner parties as the “dead coral reef guy”! In part, I think this is because I have spent the last 25 years of my career thinking about how coral reef systems initiate and grow, but also a lot about how they die.

Reading the Past to Predict the Future
My colleagues and I are trying to better understand the key environmental thresholds (sea level, temperature, water quality changes) that impact reefs – both negatively and positively – to improve predictions about the future of reefs. The drowned fossil reefs and paleo-coastlines preserved along the edge of the modern Great Barrier Reef (GBR) – that formed since the last ice age ~20,000 years ago when sea levels were ~120 m lower than present – represent a unique natural laboratory to investigate these processes. These reefs have experienced huge, natural environmental changes characterised by rapidly rising sea levels and temperatures as the global climate system transitioned during deglaciation. The Ice Age Geology of the Great Barrier Reef expedition will, for the first time, systematically map the shelf edge of the southern GBR, helping us begin to unravel the history of these changes.

Many Pieces to the Puzzle
From a geologic perspective, the southern GBR is an extraordinary place, marking the transition from tropical to temperate conditions off Fraser island to the south. This region has also been the location of much of the pioneering scientific drilling through the modern reefs that has been done over the last five decades. In fact, much of what we know about how the modern GBR grew in response to rising and high sea levels over the last 9,000 years comes from extensive drilling investigations at One Tree Reef. The missing piece of the puzzle is what happens during the lowest sea-level times, including the last ice age.

3D Numerical simulation showing how the rivers, coasts, and coral reefs may have formed over the last 14,000 years or so when sea level was lower. Used with permission from Salles et. al., 2018

We have several clues from older data sets (including a submersible dive made in 1969) that a diverse suite of submerged terraces, pinnacles, paleo-channels, and shorelines may exist on the southern GBR shelf edge. However, it is unknown whether the now drowned shallow-water fossil shelf-edge reef system that has been extensively mapped and sampled by the International Ocean Discovery Program (IODP Expedition 325) in the north (off Ribbon, Cairns & Mackay) and more recently during the R/V Falkor cruises Seamounts, Canyons & Reefs of the Coral Sea and Northern Depths of the Great Barrier Reef extends this far south and what form it takes.

Like ice cores or tree rings, corals can record the environmental conditions they are growing in at the time. Geochemical proxy data from the fossil corals from these more northern GBR sites indicates sea-surface temperatures were 4-6 degrees cooler during the last ice age and that latitudinal temperature gradients were significantly larger (3 degrees cooler) than the present gradient. This has been explained by very different oceanographic conditions in the past, implying that perhaps it was too cold for significant shelf-edge reef systems to have developed in the southern GBR at this time. The sophisticated multi-beam mapping systems onboard the R/V Falkor will allow the science team to visualise in unprecedented detail the presence and characteristics of the drowned reefs on the southern GBR shelf edge.

So stay tuned in the coming days and weeks, as the team documents many discoveries about how the rivers, coasts, and coral reefs evolved since the last ice age. Despite being stuck on-shore in Sydney due to the COVID-19 pandemic, I am so thrilled and excited to be part of the shore-based team supporting these discoveries. 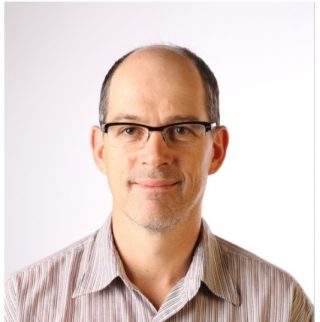