ROV SuBastian, the Research Vessel Falkor’s Remotely Operated Vehicle, is designed for the efficient collection of scientific data at depths up to 4500m. The yellow robot is currently being used to understand the similarities and differences across large features of the deep sea. Recently, researchers have asked, are the communities on either end more similar to each other or more dissimilar? Using samples collected throughout the dives as well as videos at the bottom, this question can be investigated.

Following a single dive of SuBastian takes the team through multiple natural environments. Like moving from the desert up the peak of a mountain, changing depth (or altitude) changes the surrounding environment. As you would not expect to be able to wear the same outfit at the top of a mountain as you would in a dessert at its base, the same is true of the ocean. So what does SuBastian see as it travels downward? What sort of data is it collecting and sending back to researchers on board?

Going Down
SuBastian is lowered into a foamy sea of small waves and warm water. In this region, the surface waters are crystal blue and lack the characteristic green of nutrient-full waters. Here, there are fewer nutrients – and so lower concentrations of phytoplankton – swirling around the yellow sub. Already, even on the surface with waves lightly crashing over its yellow frame, the ROV is collecting information on the temperature, pressure, and surrounding water chemistry, including the saltiness, number and type of minerals around it, as well as how much oxygen is in the water for organisms to breathe.

Scientists wave at SuBastian as it leaves the surface and via fiber optic cables, they check all equipment onboard. The manipulator arms of the ROV wave back to those onboard Falkor: each turbine is checked, systems are run, and the lights get turned on. The lights may not be necessary on the surface during the day, but as the vehicle slowly sinks through the water, the daylight starts to fade into a zone of constant night.

In this region of darkness, pelagic swimming animals reign. The water is much colder than surface waters, and have several more atmospheres of pressure weighing on it from the water above. Squid and jellyfish float by the screen, sometimes dazzling with swaying tentacles and self-created lights.

Selective Sampling
Sliding through the black waters, SuBastian collects important scientific data before even reaching the seafloor. Each region of the water it is moving through has different characteristics that a variety of species and organisms prefer to live within. The water column is layered, with nutrients and oxygen changing along with the changing temperature and pressure. Just as you would not expect to find a desert lizard in the cold arctic, a pelagic fish that swims at the surface (such as a sunfish) cannot survive the greater pressure and colder temperatures of the bathyal zone from 200 to 2000m. As the CTD (conductivity, temperature, and depth) sensors take measurements in deeper waters, these fast moving pelagic organisms become more rarely seen.

At the seafloor, SuBastian is able to start collecting video transects while also photographing the different species on the sediment and the rocks. The ability to send cameras to such depths revolutionized the sample collection methods for the deep-sea scientific community. No longer reliant on highly disturbing trawls or sleds, researchers are using remotely operated vehicles with cameras, gliding through the water and leaving the seabed community intact. The specimens collected are only those required to verify what was seen in the murky waters through ranging video quality. Each specimen provides multiple samples for genetic analyses and  taxonomic samples, as well as samples for museums and other institutions. The team also collects in-hand identification and verification.

As SuBastian rises back from the seafloor, researchers hurry to prepare workstations and workflows, so that their samples can be organized as soon as possible after the ROV reaches the deck. Using buckets of chilled water and long tweezers, each sample is extracted from their individual box on the frame of the ROV. At the end of the day, 12 to 24 hours of bottom community videos have been collected. The column of water the ROV moved through has been measured for important water chemistry and environmental parameters, too.

This work can then be used to answer the questions of which species occur at each site, and in what numbers, allowing for comparisons between sites. Samples collected by SuBastian can tell us whether the geography of this region is indeed a “bridge or barrier.” 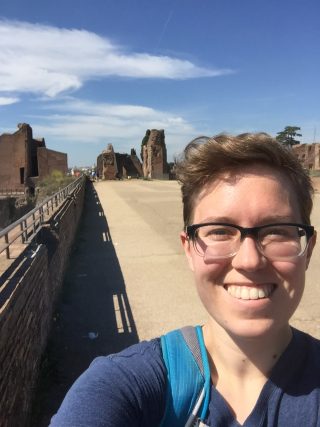