The ocean houses vast amounts of biodiversity from the surface waters down to the deepest depths (>10,000 m). The shallow waters of the equatorial central and western Pacific are among the most diverse coral hotspots in the world. On this expedition, one of our objectives is to identify and characterize biodiversity between shallower deep ocean waters, from around 100m down to abyssal depths of +3000m in a relatively small island and seamount group in the central Pacific, the Phoenix Archipelago.

Building on the Past
From our previous expedition in 2017, we identified some 167 morphospecies of deep-sea corals in the Phoenix Islands Protected Area from video identification alone. Only about a quarter of the coral species we identified in 2017 have been linked to a known species based on high-resolution imagery or collections, with the remainder lacking collected specimens to allow us to make better identifications. Still, several of these collections supported new species descriptions, range extensions, and depth extensions. Over the next several weeks, we will seek to complement initial efforts from our 2017 Deep Sea Corals of the Phoenix Islands cruise with additional specimen collections from sites north of the Phoenix Islands Protected Area in the Howland and Baker unit of the Pacific Remote Islands Marine National Monument (PRIMNM).

Water Under Water
Since our first deep corals of the Phoenix Islands cruise, one major recent finding our team has uncovered is the strong influence of local oceanographic conditions on deep-sea coral biodiversity in the equatorial central Pacific. Specifically, we identified the strong effects that three central Pacific deep ocean water masses have in structuring deep-water coral communities between 200-2600 m. These water masses (layers of the ocean with similar temperature, salinity, or dissolved oxygen concentrations) act to constrain the distributions of some species resulting in a filtering effect on some species with increasing depth. Furthermore, shallower species (less than 600 m) were more likely to occupy more narrow depth ranges than those found deeper (greater than about 600 m). Of course, many other variables are also responsible for observed patterns of biodiversity, including variations in food supply distribution, biological processes like predation, reproduction, or dispersal, and even hydrodynamics of the seamount environment itself.

Searching via eDNA
As we have seen so far in this expedition from our first two dive sites, ABNJ (Areas Beyond National Jurisdiction) seamounts 1 and 2, compared to our first dive in US waters further south, small changes in latitude can also result in substantial impacts in the diversity and abundance of corals we find on these remote seamount environments. Still, as we try to characterize the coral communities here, it is not always possible to completely characterize a site due to time and sampling capacity limitations. New technologies must be employed to increase this effectiveness. In this expedition, we are applying new environmental DNA (eDNA) techniques to see if we can start to identify species of corals from DNA-containing mucus they shed off into the water. We can do this by capturing a volume of seawater nearby corals at depth, filtering the water, and preserving the cellular DNA for later sequencing. Upon sequencing this eDNA sample we can compare DNA sequences we find to a known library of DNA barcodes that we have been busy generating from our specimen collections in 2017 and 2019. The ultimate goal of developing this new method is to allow us to characterize the deep sea more efficiently using more cost and time-efficient methods and reduce our need to sample long-lived and sensitive deep-water organisms invasively. 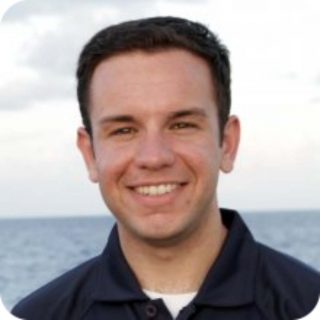