There is an old saying in science: We “all stand on the shoulder of giants,” meaning that our current work would be impossible with the breakthroughs and observations made by our predecessors. This could not be more true than in deep-sea exploration. While we have only dove on sites that human eyes have never seen before on this expedition, we have picked those dive sites based on the information gathered by previous expeditions and mapping efforts.

Before 2017, there were no significant deep-sea exploration efforts in the Phoenix Islands. So when the Okeanos Explorer visited PIPA and the Howland and Baker Unit of PRIMNM in March of 2017 during the NOAA CAPSTONE campaign, it was the first time we saw these deep-sea ecosystems in high definition. That expedition presented modern explorers with their first insights into the deep-sea communities of the Phoenix Islands. Unfortunately, given the length of that expedition, they could only explore the seamounts in the Tokelau chain and largely ignored the “off-axis” seamounts on either side. Luckily, only six months after the Okeanos Explorer departed the area, the R/V Falkor arrived on the first “Deep-Sea Corals of the Phoenix Islands” expedition.

The R/V Falkor sailed with all the Okeanos Explorer data in hand so that they had as much information as possible to inform their explorations. After that cruise was completed, there was a nearly two-year hiatus in exploration of the region until the E/V Nautilus arrived around Howland and Baker and furthered deep water exploration by both mapping some of the area and conducting 5 additional ROV dives.

Now, our current expedition has scientists from all three previous deep-water exploration expeditions on board to work in this area together, continuing our exploration and research of this unique location and its marine protected areas. In total, there have been 41 Remotely Operated Vehicle (ROV) exploration dives in this area before our current expedition, which actually makes this region one of the more well-explored areas in the Pacific for these water depths. However, “explored” is still a relative term in the context of the deep sea. A single ROV dive normally lasts 8-25 hours and covers between 400 and 5,000 meters of the seafloor, but we only see about a 25-meter track along the path of the ROV. So, with even four or five dives on a particular feature, we have only begun to scratch the surface of what might live on the entire feature.

The best analogy I know is to picture hiking up a 3-kilometer mountain on the darkest of nights with only a weak flashlight, and that is basically how we explore with an ROV. It would take months-to-years of continuous ROV operations like SuBastian to fully explore an entire seamount. So even though the Phoenix Islands are now one of the comparably more explored regions of the remote Pacific, with four deep submergence expeditions in the last five years, we are still only scratching the surface of the deep-sea life in the unique and special area of the ocean. 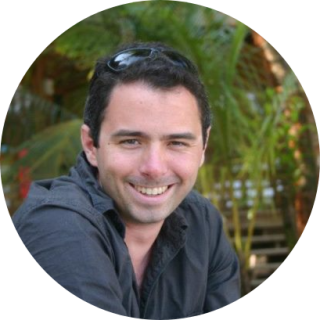