The sea is pitching 8 foot swells at the R/V Falkor as the “Seeking Space Rocks” team transits to the first dive site in Olympic Coast National Marine Sanctuary.  We have three days to look for meteorites on the seafloor, the second time this has ever been attempted.

As with most science operations, plans and their contingencies are adjusted as the situation demands. The crew are making last minute adjustments to the vacuum pump system that will operate in concert with the “cosmic dust pan,” a special seafloor scoop that was designed and fabricated by Jason Williams (Lead Mechanical Engineer of the R/V Falkor) and his team.

The Seeking Space Rocks science team, which includes PI Dr. Marc Fries, with Dr. Betsy Pugel, Dr. Ralph Harvey, and Dr. Ryan Ziegler, have to quickly decide on the first dive site. They pick a location that will allow testing of the meteorite acquisition equipment, provide information about the seafloor environment, and possibly net a few of the largest samples that fell from the sky following a dramatic fireball in March 2018.  (For more information about the fireball go here.)

Starting Things Off
Dr. Marc Fries and Dr. Betsy Pugel take the first watch of ROV operations, which began at 1 a.m. Large screens in the science control room reveal a seafloor surface that is very flat, nearly featureless except for holes created from worms and other benthic infauna, and blanketed with mud and silt (very fine sand). Just before lunch Dr. Fries, the ROV Lead, Russell Coffield, and pilot, Cody Peyres, pick up a promising sample- a plumose anemone (unofficially named ‘Side-show Bob’) clasping what is obviously the only rock sample around. SuBastian picks it up and places it in the sample crate for return to the surface. 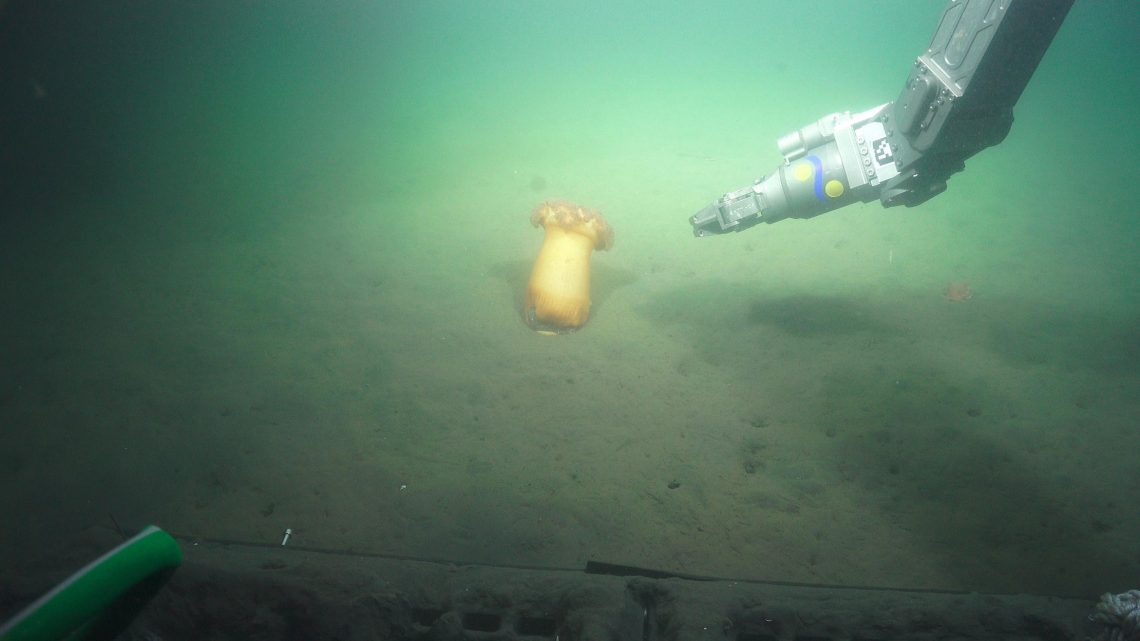 Needle In a Haystack
Meteorites exhibit several unique characteristics that are not found in earth rocks, but finding and identifying them still requires experience. Today that experience, or  “Ralphtroscopy,” is provided by team member Dr. Ralph Harvey. Dr. Harvey, who has extensive experience identifying meteorites in unusual field sites, can very quickly identify and classify the native seafloor materials in order to spot that which is different. Once he is calibrated for that which is different, he can then more easily “see” the meteorites.

An hour later, Dr. Harvey and Dr. Betsy Pugel, whose role is to help identify meteorites and sample the seafloor sediments and biologic associations that may have evolved with the meteorites, are waiting on deck as SuBastian emerges with its potential treasure. The sample crate is empty—the anemone grasping a rock escaped! Better luck next time. The science team uses the exercise to refine their sample sorting and handling methods, as well as to set up their laboratory techniques.

The next shift will see the R/V Falkor closest to an area where many smaller samples rained down onto the seafloor.  So stay tuned! 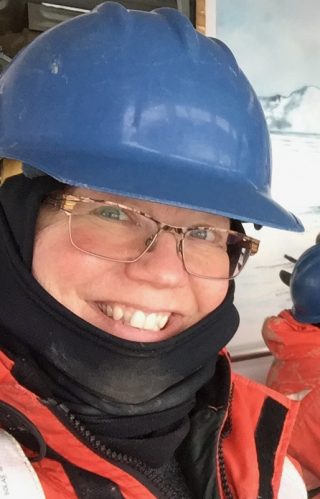