As the artist on board for these sea trials, it is my job to create an illustrated map to commemorate the trip, as well as some illustrated travel journaling. Though it would be great to get right to drawing, before I can lay pen to paper, I get to do copious research. Essentially, this means I move around making notes and doodles of seemingly irrelevant objects and concepts. I get to investigate everything, using my curiosity superpower. I even took some time to practice tai chi, so I can report on the differences on water as opposed to solid ground!

Settling In
But first mission was internal ship navigation. As in: How to get to the mess hall. Large ships share a commonality with submarines: all the doorways look the same. So you have to figure out how to not get lost. In theory, this typically means writing down notes, looking for visual cues (like the artwork on board – though my room is the fore-most, I cannot miss the giant octopus picture hanging above it!) and, of course, drawing out scribbles of maps. In practice, it meant that I walked the same pathways really slowly, multiple times, nodding to myself. I may have looked crazy, but I was able to easily figure out where everything I needed was in very short order. However, I am sure I will get turned around in the most embarrassing way possible before this trip is complete (I can almost guarantee it).

Next, I got to know the people and the data. The ship itself is a sprawling labyrinth of technology, and a treasure trove of education. Of course, getting the ship up and running is the top priority, but after that, I fully intend to learn as much about navigation and sonar as the crew is willing to pass on to me. Our sea trials will take us down the Western United States coast, and a bit off the continental shelf so that the crew can test out the deep dive capabilities of ROV SuBastian. Knowing what the crew will be studying – and getting the overall vibe of the people on board – helps to inform the theme and feeling that a commemorative artwork should take on.

Comparisons, Concerns, Convenience
Being on a large research vessel is a vastly different experience for me than spending time on smaller boats. My first impression upon boarding at the dock was that we were not moving! The boat is so heavy in the water, that the steady undulation one usually feels on a dock or small craft mostly vanishes. I highlight “mostly” as my cabin is essentially in the prow, giving it a slanted floor; I could certainly feel that things were awry then.

As someone with copious (seemingly random) food allergies, I always have concerns when I have to be away for more than a day without access to a kitchen. Thankfully, all of my food concerns were taken care of, and all the entrees are clearly labelled for allergens. The boatswain assured me that I could have any adjustments made as I needed them, and that it wasn’t a burden at all. Anyone with allergies knows, that having to have accommodations made always feels like an imposition no matter what, but it’s great to feel welcomed anyway!

I look forward to building my cache of sights, data and experiences, in order to craft a map that will be truly representative of this adventure. Hopefully it will spark the curiosity in others, to go explore their own environments, and have adventures of their own. 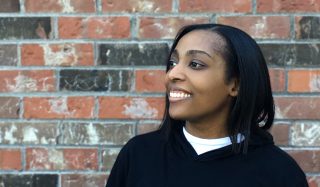