For a first-timer going on a marine survey, this voyage on RV Falkor in the Coral Sea Marine Park is a dream come true. Importantly, as a marine environmental modeller, this voyage is giving me first-hand experience of data acquisition and a much better understanding of the strengths and limitations of data that is acquired at sea. For me, life on board Falkor is full of excitement and anticipation as we map and sample a huge variety of habitats. As well as processing and analysing the acoustic data we are collecting, I also get to watch the spectacular sunrises at sea! My name is Zhi Huang, a marine environmental modeller at Geoscience Australia.

Today, I would like to share with you what we observed at Cairns Seamount, which is the second study site on this cruise. Cairns Seamount, is a “shallow water” seamount which rises from a depth of around 1,200 m up to 60 m. It is located 150 km east of Cairns, in a very large depression in the seabed call the Queensland Trough. Although Cairns Seamount is a popular fishing destination, scientific knowledge of the seamount is limited. We have acquired a range of scientific data of the seamount using state-of-the-art instruments, including multibeam eco-sounders, ROV SuBastian, and AUV Sirius. Our objectives are to shed some light on the origin of the seamount, the biological organisms living on and around it, and its oceanographic characteristics.

We have topographically mapped Cairns Seamount in unprecedented detail using Falkor’s multibeam eco-sounders. The seamount is conical in shape and relatively small – its base covers 8.2 km2 and the flat top 0.2 km2. The bathymetry and sediment, rock and biological samples, coupled with high-resolution images acquired by the ROV and AUV, will enable us to characterise the biodiversity on and around the seamount and provide insights into the process influencing these spatial patterns.

The new high-resolution video footage and still images reveal a range of benthic species. We observed many animals in the water column, including fish and jellyfish, sustained by very small food particles (“marine snow”). These particles also sustain deep-water corals and other benthic suspension feeders that have colonised the seabed, often on hard rocks within predominant deep sandy areas. As the ROV ascended up the seamount flank, we observed major changes in benthic communities and relatively barren areas of exposed hard rock, with occasional stony and soft corals and sea urchins at mid-water depths (400-600 m). The abundance and diversity of species increased dramatically in the shallow-water section of the seamount (<200 m depth), where sunlight reaches the seabed. Various coral species, sponges, crustose coralline algae and reef fish were observed in this mesophotic environment. Cairns Seamount is clearly a distinctive structure in the western Coral Sea that supports a relatively high degree of biodiversity and an important feature of the Coral Sea Marine Park. 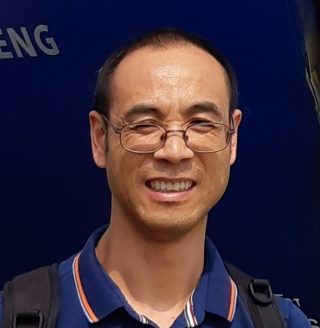