Since leaving Newcastle, U.K. we have been running the Falkor’s various acoustic systems constantly to get a full understanding of the vessel’s acoustic capabilities, as well as some test dips of the Video Plankton Recorder (VPRII) – an underwater microscope capable of capturing images of ocean microorganisms and quantifying them.

Whilst operating on the continental shelf, we used our EM710 shallow water multibeam sonar system, which revealed some interesting features around the Pentland Firth, as well as around the edge of the shelf. We saw numerous features etched into the seabed that would have been caused by icebergs breaking off from the glaciers that covered most of Europe during the last Ice Age.

In addition to these pronounced gouges on the seabed, we also detected trawl lines in this heavily fished area. Unlike iceberg gouges which are quite straight and easily distinguishable, (nature doesn’t do straight lines) the trawl marks are straight lines with almost military precision. This proves our system would be capable of undertaking some interesting trawl damage surveys down to 150 meters.

As we made our way off the shelf and into deeper water, we were able to observe larger concentrations of plankton and nekton, both with the towed VPR and the ship’s EK60 fisheries systems. On our fisheries echo-sounder system, these organisms appear as distinct layers, or clouds. These large concentrations of food also led to our first sightings of dolphins and pilot whales, which often feed in these areas of upwelling. We also spotted fishing boats which are commonplace along the shelf edges taking advantage of these plankton concentrations which feed the fish which is the ultimate target of these super trawlers.

Our sonar works well with the VPR and gives us an understanding of where the plankton is located in the water column and can be used to help guide the VPR into the big concentrations of plankton for analysis and photographing. The VPR seems to be functioning really well and they are taking literally millions of pictures of some of the most abundant and important creatures that inhabit this sea and sustain the ecosystems.

We have also found some features such as smaller seamounts off the shelf that are not included on our nautical charts – I think we should come up with a way of charting one of these features and naming it after the founders (if you are allowed to name features after people still) or at-least name it after a character from the Neverending Story.

Cabell also gave a very informative “lecture at sea” that described what his team from WHOI is doing onboard the vessel and the importance of the plankton, microscopic creatures that inhabit the world’s oceans. This gave everyone on board an understanding of the importance the science we are conducting.

We used nets to gather plankton to compare physical samples with those sent back by the VPR. The net was lowered to 150 meters and retrieved. Once recovered, the visiting scientists study the plankton trapped in the net and compare it with the data recorded by the VPR. The first net was only lowered 20-30 meters before it became apparent that we needed a heavier weight.

On the second attempt, the MT’s managed to produce a weighted frame that has been christened SHRIMP “Simple Hi Resolution Imaging Package” which has about 100KG of lead weight attached to it. Our chief scientist Dr. Cabell Davis asked us if we could get some footage of the net. We modified a 150 meter GoPro camera housing and two high-powered 200 meter-rated torches. These have enabled us to see how the Plankton net is towing and get some great video of a net in operation, which has made the scientists even happier.

We continue to hold our own training for both the Marine Technicians and the Crew. Deployment and Recovery procedures are being practiced daily.

Yesterday the catering staff put on an amazing American buffet to celebrated Independence Day and the Interior team decorated the mess hall with American flags and decorations – the American scientists and members of the SOI team were very impressed!

At present we continue the journey deeper into the Atlantic. The weather is sunny and we are hoping to practice a CTD later today, along with another Plankton net and a replenishment stop for the VPR… The adventure continues! 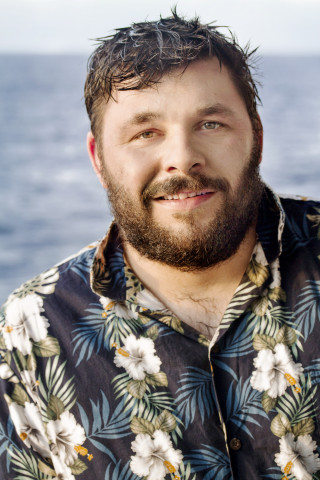