Sustainability of Reef Fishes and Causes of Harmful Algal Blooms

Red snapper is recognized as the most important (and controversial) reef fish species in the entire Gulf of Mexico.  Its popularity as a recreational sportfish coupled with its economic value as a commercial commodity give this species unparalleled attention from fishermen, scientists, and fishery managers alike.  The Gulf of Mexico red snapper fishery is split between a commercial and recreational sector, with each garnering 51% and 49% of the total allowable catch quota each year, respectively.  In the recreational fishery, anglers fishing in federal waters are allowed to keep 2 red snapper per person per day and they must be at least 16 inches in total length.  The open fishing season for red snapper lasts for a month and a half during the months of June and July.  Fish caught below this minimum size limit or fish that are caught out of season must be discarded in accordance with federal law.  However, successful release of these so-called “regulatory discards” alive is not a trivial matter.

Red snapper, like many other reef fish, prefer habitat near structure and at depths close to the seafloor.  When these fish are caught, the rapid ascent towards the surface causes a series of internal injuries that occur due to the pressure differences between the seafloor and the surface.  For every 10 meters of water depth, pressure increases by 1 atm.  So at 60 meters depth, the pressure is 6 times as great as at the surface!  The injuries that fish experience as a result of pressure-related differences are collectively referred to as “barotrauma.”  Once at the surface, fish are too positively buoyant to re-submerge unassisted, rendering them incapable of respiration and an easy target for higher predators such as sharks, dolphins, and barracudas.  To help alleviate the build-up of pressure inside the swim bladder, fish are “vented” to allow the excess gas to escape, enabling the fish to swim back down to depth.  At first glance, this seems to be an effective form of release.  Recently, however, researchers have questioned the efficacy of venting as it introduces several potentially negative consequences for the fish once it gets back to depth.  Can it re-regulate its buoyancy effectively?  Are there lingering barotrauma effects?  Will this fish survive in the long-term or will it experience delayed mortality?

Alternatives to venting are currently being researched by scientists studying barotrauma around the world.  Scientists from the Harte Research Institute currently aboard the R/V Falkor are testing one such alternative method of release called rapid re-compression.  Once a fish is caught and brought to the surface, it is immediately sent back to depth on a separate line using a fish clip that is disengaged by a pressure sensor.  The sensor can be programmed to release fish at a number of depths, allowing fish to return to the depth (and pressure) they came from.  This strategy enables the fish to descend quickly and rapidly re-compresses the swim bladder to its original size and shape.  Additionally, this practice avoids the need to vent the fish, thereby preventing any potentially detrimental side effects associated with the practice of venting.

The team continued to survey the artificial reefs with with the DSSI Global Explorer MK3 ROV (remotely operated vehicle).  Then they switched to sampling fish from the artificial reefs.  They vented and returned some of the fish back using the above method.  One sampling had a fish on every hook!  They also got the crew member Adriana Zamudio to assist in reeling in the samples. 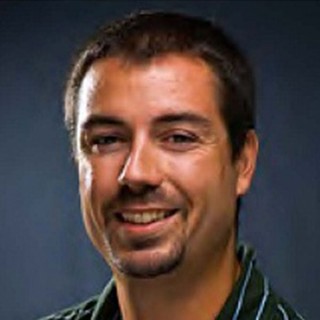 A student perspective on research at sea