This cruise offered a little bit of everything: good weather, bad weather, smoothly functioning equipment, everything going nicely – and then unforeseen failures, technical “work-arounds” to get us diving again, and lots of beautiful images from the bottom of the sea. Mother Nature also confounded us a little, but gradually gave up some of her secrets about the Emperor Seamounts.

The major objective of this cruise was to determine if there was a boundary or a transition zone of fauna between that which characterizes the deep sea of the Aleutian Ridge and that of the Hawaiian Ridge. We proposed to dive along the Emperor seamount chain because it was the only area between the Aleutian and Hawaiian Ridges where the seafloor was at bathyal depths: that is, shallower than the abyss and at the same depths as the northern and southern ridges.

We started our dives with the ROV SuBastian at Suiko seamount. We chose that as a starting point because we thought that if there was still Hawaiian Ridge fauna there we could move further north. On the other hand, if we found species more characteristic of the Aleutian Ridge, we could move south. So, the obvious question on everyone’s mind after the first dive was: Do we go north or do we go south? We delayed the decision until we had completed a second dive on Suiko Seamount, but in the end the decision was easy… we went south. The fauna at Yomei, Godaigo, Nintoku, and Jingu seamounts was all characteristically northern, both for the deeper (2400 to 1800m) and shallower (1500 to 1200m) dives.

We were unable to do a deep dive at Jingu due to bad weather, so we chose instead to move across the Main Gap and dive on Annei (also called North Koko) Seamount. As with all of our dives, we had to do some basic bathymetric mapping so we could choose appropriate dive sites. But diving on Annei Seamount turned out to be the most fortuitous of all decisions: this seamount, located less than 100 km from Jingu seamount, had a completely different fauna. In fact, almost all the species we saw were characteristic of the fauna seen on the numerous Hawaiian Ridge dives conducted over the years. We would call it typical of the Central Pacific. So, in the space of a quite small distance by deep sea standards, we had crossed a boundary where the fauna changed almost completely.

From the perspective of our biogeographic objectives the cruise was a big success. But now we need to explain how such a boundary can be created and persist. For that we will need to await the analyses of water, current, and fossil coral samples taken by members of our team working in those areas. 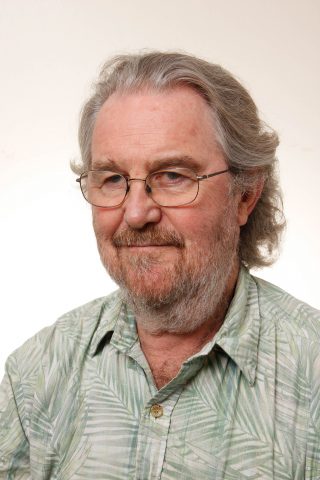