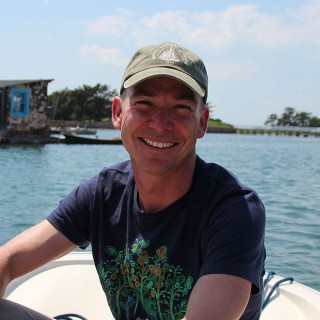 Oscar Pizarro is a research fellow at the University of Sydney’s Australian Centre for Field Robotics (ACFR). He trained as an oceanographic engineer in the MIT/WHOI Joint Program, specialising in underwater imaging from robotic platforms. Oscar moved to Australia almost ten years ago to help start the marine robotics group at the ACFR. For the last seven years this group has operated the AUV facility for Australia’s Integrated Marine Observing System (IMOS), charged with monitoring reference sites around the country. This is the world’s first robot-based benthic monitoring program, able to precisely revisit the same areas and collect high-quality benthic imagery. This growing nation-wide data set already contains over a million geo-referenced stereo images and is providing scientists new ways of observing changes in marine habitats.

Oscar is currently interested in developing better tools for quantitative understanding of benthic environments. Given the vast size of our oceans and the difficulties of studying them with traditional approaches, Oscar has pursued using robotics and machine learning to augment human effort and ship capabilities when collecting data in the field, as well as speeding up interpretation of imagery. Such approaches are expected to to enable cost effective techniques for habitat mapping and monitoring that will scale to very large extents. he has been Chief Scientist for both the 2015 and 2018 Coordinated Robotics expeditions.