After 12 days at sea, we are nearing the end of the first deep exploration of Perth Canyon. Although it has long been known that a submarine canyon exists at our doorstep, this was the first detailed exploration using state-of-the-art mapping systems and ROV technology, which unveiled the magnificence of an ancient canyon the size of the USA’s Grand Canyon.

After spending many nights of multi-beam mapping, we now have a high-resolution map of the entire Perth Canyon revealing jaw-dropping features that rival those of canyons found on land. We discovered narrow gorges, wide valleys and cliffs dropping into the abyss for several hundred metres. One area even featured a gigantic amphitheatre and evidence of an ancient waterfall plunging down 600 metres (2000 ft) – 12 times higher than the world famous Niagara Falls! Overall, we mapped over 4000 square kilometres (1500 square miles) and recorded the Canyon’s maximum depth at 4276 metres (14,029 ft).

During the cruise, hundreds of water samples were analysed to determine how water chemistry changes with depth in the water column as a function of both decreasing temperature and seawater pH. We found that the saturation state of aragonite dropped below 1.0 at depths below around 1000 metres (3280 ft), meaning that the skeletons of aragonitic coral, if exposed to the ambient seawater, would actually dissolve rather than accrete.

Nonetheless, we still found plenty of live specimens of aragonitic coral (e.g., Desmophyllum) living below 1000 metres in water that was just 3-4°C. We also found plenty of bamboo coral at depths between 1700 and 1000 m (3000-5600 ft). These coral grow skeletons out of a high-magnesium calcite mineral whose saturation state profile is similar to that of aragonite, so it is equally impressive to find live specimens of bamboo corals growing under such caustic conditions.

These findings are a testimony to the ability of life to persevere under challenging conditions. How these deep-sea coral are able to grow under such adverse thermodynamic conditions could provide us with more general insight into how coral and other calcifying organisms, including the better-known reef-building coral living in brightly sunlit waters near the surface, will respond to climate-driven changes in ocean chemistry and temperature.

We discovered new species almost every time we dove into the depths of Perth Canyon, and many organisms that we found were observed in Western Australian waters for the very first time. For example, the glass sponges collected during the cruise are most likely new species and we also recorded the Venus Fly Trap anemone for the first time along the Western Australian coast.

Despite the many secrets that the Canyon has revealed so far, these answers will only lead to more questions. We have collected enough material to keep us busy for years to come, and more secrets will hopefully be unveiled as we continue to study the Canyon at our doorstep. 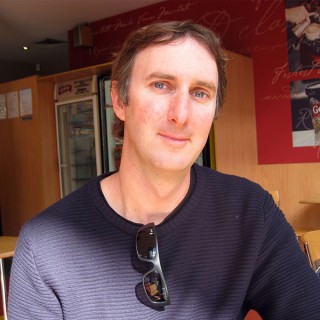 Everything You Wanted to Know About ROV Comanche

Living at the edge – An acidifying ocean

Perth Canyon – a marine hotspot in an ocean desert