If you have not already become enamored by the beautiful and diverse marine zooplankton that we have been talking about over the past week, let me give you one more reason– they glow!

Well, some of them do at least, and one of the projects on this cruise has been to dig a bit deeper into discovering which types of zooplankton glow. This has been done through careful observation and documentation of glowing plankton, giving us some insight as to how and why these animals glow.

The essence of glow in the ocean

The zooplankton being examined on the R/V Falkor is just one subset of marine organisms that “glow.” The more that scientists study glowing life in the ocean, the more they learn about the diversity of marine species and how these animals use light to do things like attract mates, camouflage themselves, lure prey, and escape from predators.

The process of finding these glowing organisms begins with a series of ring net tows, where a cone-shaped plankton net is used to sieve the water, concentrating the amount of zooplankton collected through the net. This net is specialized to gather these small aquatic creatures with mesh openings that are slightly smaller than the netting on a window screens in your home. The animals caught by the net are retained and removed at the end of the tow. For this project, it is important that the animals stay alive and in good condition after they come through the plankton net, so special care is used to handle the samples as gently as possible. We have to work quickly to dilute the concentrated samples of zooplankton by putting them into fresh seawater.

The samples are distributed into buckets of seawater, and taken into the wet lab where we sort for glowing organisms. Luckily, we constructed a creative dark room on-board, so that we can scan for glowing organisms using a blue LED flash light. These lights have been designed for observing fluorescent organisms, and the blue light excites many of the fluorescent proteins and other fluorescent compounds found in marine organisms. Because the fluoresced light is much weaker than the blue light, we wear special yellow goggles that act as filters to block out the blue light, allowing us to see yellow, green, orange and red fluoresence. After a few hours of sorting, we concentrate the glowing organisms from the buckets into a few small containers. At the microscope, we use a similar combination of a blue light with a yellow filter to examine the collected glowing zooplankton in detail. Some of these animals are retained in small dishes of seawater to be imaged at the microscope, and the remainder are preserved for genetic analyses back at the lab.

It has been an exciting week of chasing the glow at sea. We have observed some interesting patterns of the glowing plankton across depths and various species within the plankton.  More work lies ahead, but for now this story of glowing plankton is more than just a flash in the pan, and who knows what  and we will discover next….. 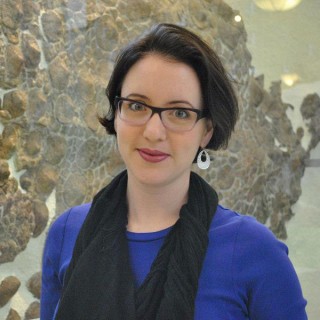