We are now on our third day at sea, and things are really starting to get interesting.

In the early morning hours we pulled up the first MOCNESS tow filled with zooplankton from many ocean depth layers. Zooplankton are widely spread and abundant marine animals with little to no swimming ability against the oceans currents, also known as “drifters”.  Most zooplankton are very small, but can also include larger organisms such as jellyfish.

With only a few hours before the “MOC” went back into the water, scientists on board were rapidly processing samples, sorting by size and depth. Half of the plankton species were placed into a -80°C freezer (that is really cold) to preserve for genetic testing, and the other half were treated for later observations under a microscope. So why are scientists so concerned with these small, diverse creatures?  Zooplankton are an important link in the food web between primary producers (e.g. phytoplankton) and animals at higher trophic levels (e.g. larger fish). Phytoplankton get their energy through photosynthesis and are the base of the oceanic food web.  Many zooplankton consume phytoplankton or other smaller zooplankton and are considered secondary producers, the ‘food-chain middle men’.  Zooplankton are an important part of the diets of many fish, shrimp, and whales.

Station ALOHA is located in the North Pacific Subtropical Gyre 60 miles off of Oahu.  Subtropical gyres are known to have a high diversity of zooplankton because of the low nutrients available in this region. High-nutrient sub-polar gyres, contrast with sub-tropical regions, as their zooplankton diversity is low due to increased biomass and intense competition. However, recovery of the MOCNESS and ring nets at Station ALOHA have provided a wide variety of zooplankton for our student scientists on board. We have been working hard all day to obtain information on the abundance and types of zooplankton found, requiring many hours of sorting through the “cod ends” of the nets (baskets that collect the seawater and zooplankton). Once collected, scientists must filter out the zooplankton by size and identify the species using microscopes. Some of the desired zooplankton species like nauplii (baby copepods) are so tiny that they have to be sorted with tweezers under a microscope.  This is a tedious and time-consuming process; but it is currently the only reliable method for estimation of zooplankton population structure.  The work though is rewarding, and it is all worthwhile, especially when you get to observe unique species such as the angler fish (see photo).

As of today, we have recovered a variety of larval fishes, shrimps, copepods, polychaetes, jellyfish, gastropods, cladocerans (small crustaceans or ‘water fleas’) and ostracods (‘seed shrimp’).  Many of the zooplankton collected are difficult to specifically identify because of their small size and the large variety of zooplankton species.  This is why half of the collections are frozen for genetic testing as it can give a precise identification using DNA. With increasing numbers of DNA sequences in the genomic bank, genetics is likely to play a vital role in improving the efficiency of zooplankton sample processing. Who knows what other treasures of the deep we will find, as there will be several more MOCNESS tows before the end of the expedition. Until then, we will keep sampling and learning everything we can about these important ‘in-between’ or secondary food web species. 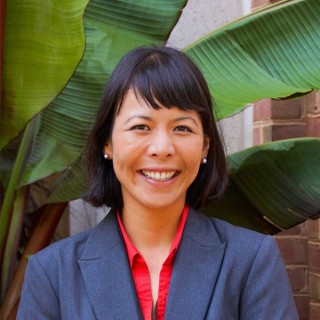