Searching for Life in the Mariana Back-Arc

Cruise Log: Searching for Life in the Mariana Back-Arc

The last few days have been full of dives and discoveries. The team has been piloting ROV SuBastian around Daikoku Seamount, an active submarine volcano with sulfur lakes, strange creatures and hydrothermal vents. Using the ROV’s High Definition cameras and R/V Falkor’s multibeam sonar, the team has been gathering data and visual information.

Below are images of the Daikoku vent field. Marine Technicians aboard used the ship’s Em302/710 multibeam echosounder throughout the night. “At 400m, we managed to get 2m resolution at the summit crater which produced awesome data,” said Leighton Rolley, Lead Marine Technician. Using the systems water column capability, they were then able to detect the plumes from the main venting area and overlay it on the multibeam. 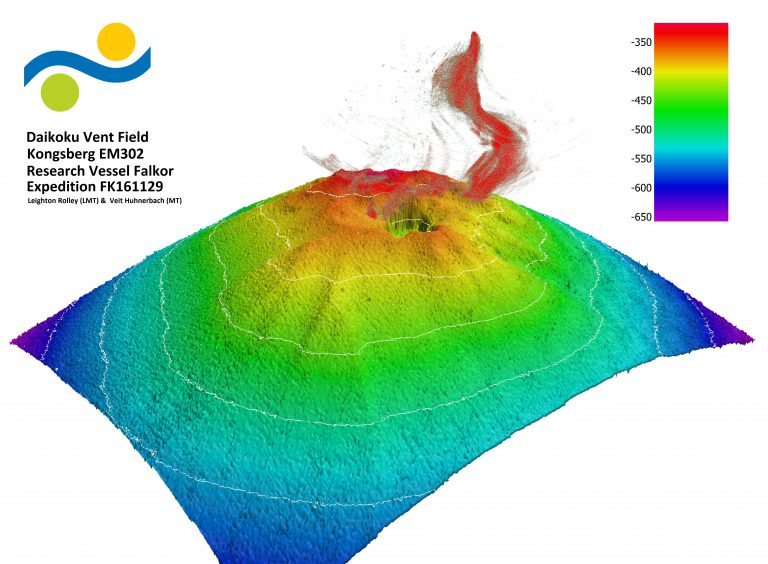 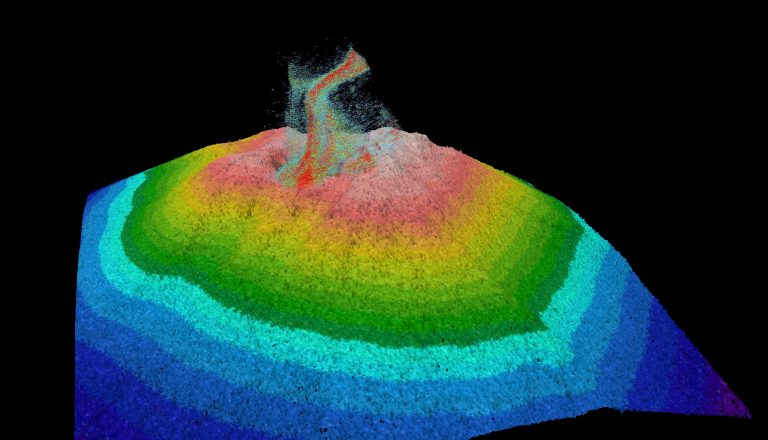 We will be providing updates and information throughout the expedition. Keep following us on the cruise blogs, as well as Facebook, Twitter, and Instagram for an inside look to the science, technology and discoveries of Hydrothermal Hunt: Searching for Life in the Back-Arc.

Setting sail on the Hydrothermal Hunt

Searching For Life Week One – The Story So Far

The Animal Life of the Mariana Back-arc

A Look into Chimneys – Insights from the Hydrothermal Hunt

Hydrothermal Hunt: From ‘Wow!’ to ‘Why?’