After ten days onboard R/V Falkor, I can confidently say the crew is spectacular, catering (quite literally) to everyone’s needs; from feeding to steering and cleaning, all the way to technical troubleshooting. It is clear to me that the crew provides a vital foundation that solidifies the success of each and every research trip this vessel makes.

Over the past 10 days, I have been very much embedded within the interdisciplinary team made up of Brennan Phillips, Kakani Katija, Kaitlyn Becker, Joost Daniels, David Casagrande, John Burns, Paul Roberts, Eric Orenstein in addition our multimedia correspondent, Jovelle Tamayo.  It has been awe-inspiring, from the drive and passion of exploring the known and unknown that inhabit the midwaters, to patience and integrity when a project requiring year-long preparation is tested, within a short ten-day period, at depths to which the technology has been carefully designed to withstand, but hasn’t actually yet gone to such depths.

The cross-pollination of conversations between scientists, engineers, and crew I witnessed was truly inspiring, where ideas were generously shared and intrigue on all sides was plentiful. It is a space where typically siloed disciplines have no borders.

From the ship and its inhabitants to the complex colonies in the waters below – nectophores; the harmonias community of the Colonial Radiolarian; the free-floating pyrosomes that surface to the upper waters at night, creating a bioluminescent backdrop for the ship as it breaks the water, bringing the magical otherworldliness communication light show of the midwater to the surface; a reminder of the wonders that inhabit below – I think of it as one, continuous and fascinating “reef” which has been my site of investigation over the past ten days.

As an artist whose work investigates, tests, tampers with, and celebrates the consequential intersections of the physical and virtual, the mechanical beauty within natural environments, and the natural beauty within the synthetic, I alter the hyper-functional to create interesting poetic glitches. I’ve been surrounded by tools and technologies designed with precision and, in turn, are used for precision work. They each produce exquisite outcomes – artworks in their own right – but also reveal vital information; findings that change our perception of life in the ocean and even question historically defined ideas and categorizations.

Aspects of the tools used – RAD 2, DeepPIV, to the multi-lens imaging EyeRIS – made me consider many aspects of my process which I refer to as foraging. In the same way the scientists set out to sample in order to understand, I too set out on this expedition with a set of tools to gather elements, from mid-water up through the ship. My foraging consists of gathering sounds, movements, varying forms of image and form-capturing, probes, logbooks, gathering prompted questions from crew and scientists, studying the daily habits of those on board, and the mechanics/systems that make this research vessel function; attempting to understand the communication systems, from the jellies, to the ROV, to the ship itself.

Aspects of my process are almost the reverse of those of the scientists in that my findings will come together and form a new “creature.” Rather than be scientifically deconstructed by way of a collection of creatures which sit within “Another Twilight Zone”, a world inspired by the ship, its inhabitants, its tools, and the gelatinous creatures below.

The coming month will see my findings manifest into a multi-mutation of all forms – human, gelatinous, and machine. Ogasian and I will construct our own version of The Twilight Zone. This trip has only served to amplify and hone our concept to reflect on the notions of home and community.

Thank you everyone on board! 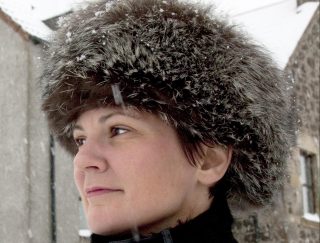