Growing up on Cape Cod, Massachusetts, I have spent many brisk fall evenings on the water, chasing diving birds and jumping striped bass, Morone saxatilis. Since a young age, through recreation, I have been fascinated by fish, and now as a biologist they continue to intrigue me. My love for fishing has evolved into a desire to understand the ecological principles that explain their habits, in shallow waters as well as the deep sea.

Being a coral-centric research team, we lack a proper ichthyologist. With my interest in fish biology, I thought it was necessary to reflect on the incredible fish we have seen during our cruise. While we spend the majority of our time imaging colorful coral colonies and their fauna, we encounter deep-sea fish of all forms and sizes throughout each dive.

Tripod Fish
We often start our dives by landing ROV SuBastian in a flat, sedimented basin flanked by the rocky coral habitat. At depths greater than 1000 meters, often the first animals that we see are fish, particularly eel-like fishes and tripod fish. The tripod fish, Bathypterois sp., is a feat of deep-sea evolution. Similar to a trout using boulders in a stream, tripod fish put themselves into a prime feeding lie, perched up off of the sediment and into the current. To effectively lift themselves off of the sediment without sinking, they have long modified rays in their pectoral and caudal fins. To sense prey, some of their pectoral fin rays are also modified to face forward of their head and feel into the passing current.

Oreos form loose schools at depths near 1000 meters, and often wander right up to our science camera.

Anglerfish
For many, the idea of an angler fish conjures up an image of a terrifying fish with fang teeth and a bioluminescent lure. While angler fish are indeed predators that use a lure to tempt prey, we have encountered species that are demersal, rather than living in the water column, and look more colorful than frightening. Like tripod fish, angler fish have adapted to the seafloor by modifying their fins. Goosefish, anglers of the genus Lophius, and Chaunax anglerfish have evolved to use their pelvic fins as “feet.” They can perch themselves up into the water column, “walk,” and even leap into the water column and land softly a distance away.

Sharks and Rays
Throughout the cruise, we have sighted a number of sharks and rays, including larger species that are likely bluntnose sixgill sharks, Hexanchus griseus, and smalltooth sand tigers, Odontapsis ferox, as well as a small species of catshark. Large stingrays sporadically visit the ROV, and one even passed through the tight space between SuBastian and a rock wall while we were sampling. Since the deep waters of the Phoenix Islands have been little explored, observations of these sharks and rays are especially valuable. Bluntnose sixgill sharks and smalltooth sand tigers are both threatened under the IUCN Red List, so observations of these animals in new areas are vital for conservation.

Here under the Pacific sun I can’t help but think of dropping temperatures back home in New England, and the last few days on the water before winter sets in. Although I don’t have a fly rod in hand, the privilege of participating in an ROV cruise is more than a fine substitute to observe some of my favorite animals in their natural habitats. Our observations of deep-sea fish, the small oreos and sand tiger sharks alike, are not only valuable to science, but have kept our spirits high through the long nights of round-the-clock research on board R/V Falkor. 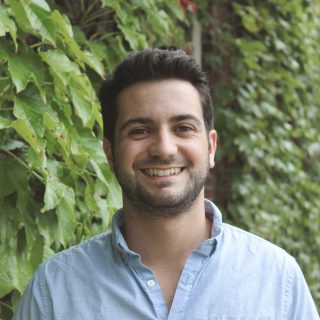