You might not expect to find snails, sponges, or worms in the emergency room or medicine cabinet, but they are often a surprising source of lifesaving drugs. Marine organisms – mostly those from accessible shallow waters – have enabled the discovery of more than 30,000 new molecules with potential medical applications. And as we begin to explore life in the deep ocean, many believe this largely mysterious place holds the keys to our next great pharmacy.

That’s one reason biologist Dr. Charlotte Seid, manager of the Benthic Invertebrate Collection at the Scripps Institution of Oceanography at UC San Diego, is joining us for this expedition.

Within Seid’s collection of over 45,000 specimens (and the frozen tissue samples that preserve their DNA) lie yet unimagined scientific opportunities. “Collections are in it for the long game,” she said, “even if we cannot imagine today how each individual specimen will help the future.” The oldest specimens in her collection, dating back to 1902, were collected during a time when modern medicine was in its infancy. It was decades later that marine species inspired life-saving treatments. “The least we can do is preserve them properly and take care of them so they might one day serve a purpose we have not yet dreamed up.”

Collecting live animals is an extremely important part of her job. In fact, the delicate work of ROV pilots—the scooping, slurping and grabbing of specimens from the bottom of the ocean—is only the first step.  Once ROV SuBastian delivers the animals from the depths, they must be plunged into extremely cold water. Keeping the specimens cold is critical for keeping them and their tissues alive. That both makes for better photographs and keeps their DNA in the best possible condition for subsequent genetic work.

Seid first sorts animals into different containers, often by patiently poking through mud at a microscope, and photographs the live specimens to capture their full color, behavior, and appearance – information often lost after death. Each specimen gets assigned a unique label with an associated dive number, habitat information, and a tentative identification, recorded in a waterproof notebook. Before placing the whole animal in a jar for collection shelves, a small piece is snipped and stored in alcohol for later DNA work.

At Scripps, the specimens are housed in the collection and catalogued in an online, public database, a resource utilized by researchers, students, and even artists like Lily Simonson, the current Artist-At-Sea who borrowed specimens for her paintings.  “My favorite part of the job is getting these specimens out into the world,” Seid says. For example, she has shipped specimens down the road to the Birch Aquarium in San Diego, and across the ocean to Australia. She routinely gives educational tours of the collection and joyfully recalls making a dream come true for a high school student named Griffin who always wanted to hold a giant isopod. “It is great to know that these specimens are inspiring the next generation,” she said.

The second leg of the Backyard Deep cruise will largely focus on a whale fall—that is, a dead whale that has sunk to the bottom of the ocean and now serves as an ephemeral oasis of food for deep-sea life. Researchers, including Greg Rouse at Scripps, study these sequences of colonization to understand the communities of life that develop on the carcass over time. This particular whale fall off San Diego, named “Rosebud,” is now a massive skeleton inhabited by bacteria and various species of bone-eating worms.

Who knows? Perhaps these microbes will inspire new antibiotics, or proteins we find in the worms will fight disorders in human bones. Only time, and careful collecting, will tell. 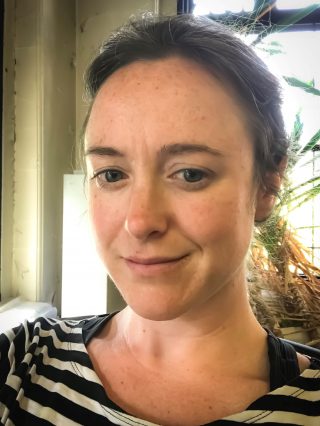 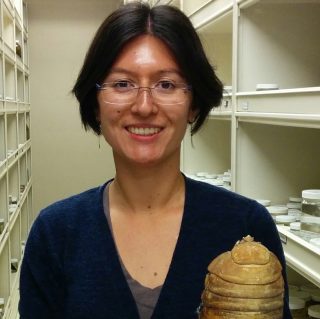