It has occurred to me that I have not yet written about who I am or what I am doing on R/V Falkor.  I’m a musician, and my life on land mostly consists of driving all over North America, writing and performing instrumental music inspired by landscape and place (you can hear examples here).

As the Artist-at-Sea aboard the ship during this transit, I’m here to do something similar – just without any land. I have been writing in previous blogs about my impressions of life at sea, but I thought I should explain a bit about how I intend to process those ideas through music.

First though, I want to exclaim briefly about how interesting and important I find the conscious coupling of art and science, and about how grateful I am that the Schmidt Ocean Institute has seen fit to formally institutionalize a program like this one in order to make good and lasting use of that union. 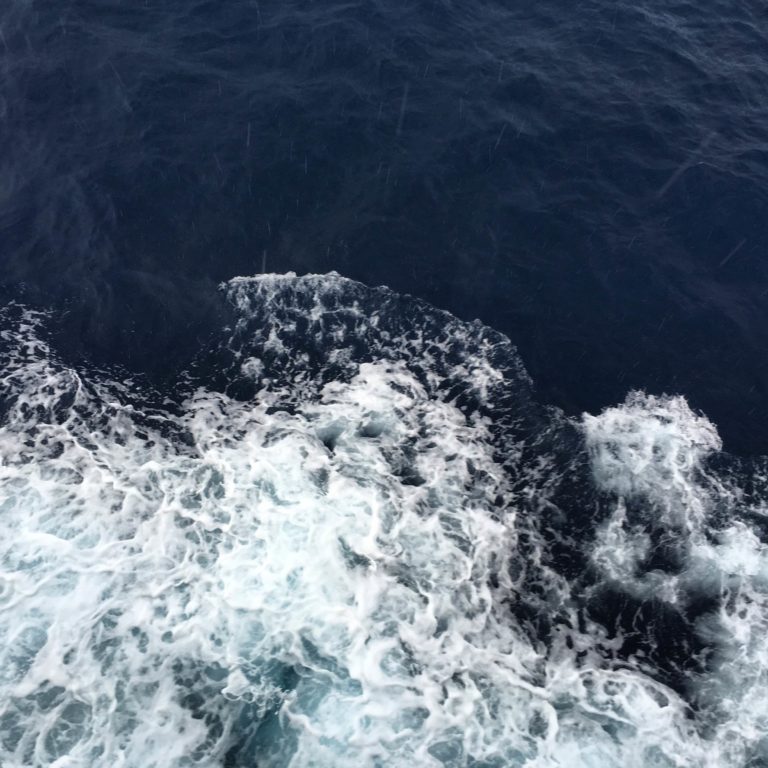 Art and science are odd companions. In one sense, they have fundamentally different goals: good science consists of narrowing the number of possible answers to a question down to one or two plausibly correct ones, while the best art aims to start with the specific and broaden this into something – hopefully –  that speaks to the larger experience of being a person in the world.

I think that basic difference also makes the two disciplines excellent complements to each other, however. At its best, art made in response to scientific data – particularly, art that utilizes that data in its very construction – can illuminate unexpected connections between the research and the world, or convey the import of a study to a broader audience by imbuing it with (or highlighting) some point of emotional resonance. But art like this often fails, I think, when it tries too hard to strictly interpret the data in ways that are not respectful of that data’s meaning or origins, and it fails worse when it processes the information in ways that are too arbitrary to convey any meaning at all, artistic or intellectual. The goal of any art made in response to science or fact, I think, should be to identify a particular story or message within that data and then seek to enlarge that narrative in a way that resonates honestly with some other, less cerebral part of the human experience.

How to Do it Wrong

The only reason I can write that last paragraph so easily is that I’ve done this the wrong way many, many times. In college for instance, I wrote a piece whose different textural parameters were dictated by data from maps of Massachusetts: certain layers were controlled by rates of forestation, population density, and other factors. The resulting piece may have sounded interesting, but its final shape didn’t really say anything about any of those maps or what I found compelling about them in the first place. It just used a pile of data as an arbitrary source for a big pile of sounds that didn’t play effectively as a portrait of the landscape and frankly didn’t work as a piece of music either.

Years later, I wrote a piece inspired by an ecological study that monitored the populations of moose and wolves on an island in Lake Superior. A line graph of the fifty-year study showed a complex, intimate relationship between the two species that I thought would translate well to music. In an early draft, for a tape piece, I tried representing each animal with one instrument, whose pitch would rise or fall with the population of each species as it was plotted against time. This didn’t really work: the piece was too busy, and simply relaying the population trends using high notes and low notes did not tell the same story the raw information did. There was nothing to reflect the points of stress and balance within the ecosystem that were represented in the graph; a listener would simply hear some notes that were close together and other notes that were far apart. The narrative was totally lost in a clumsy interpretation. I junked the piece and didn’t pick it up again for months.

But when I reimagined the composition as a duet for two string instruments, each representing one species, I felt the piece was able to respond more honestly and effectively to the information shown in the graph. In the new version, each player was assigned particular notes for different blocks of time in the graph, and told to adjust the intensity, volume, and speed of those notes in accordance with the changes in their respective species’s population as time moved forward. As a result, during periods in the study when the ecosystem was in balance, the corresponding part of the piece presents a complex chord, balanced between the two instruments; when the ecosystem is out of balance and one animal’s numbers overpower the other, one instrument sticks jarringly out of the texture. (I’m finding it pretty hard to explain this piece in writing, but you can see a video of it being performed here, and – if you’d like, also read the program notes and view the score.)

There are many better examples than this, obviously. My favorite work that interprets hard data is definitely John Luther Adams’s The Place Where You Go To Listen, a crushingly beautiful sound and light installation at the Museum of the North in Fairbanks, Alaska. In it, environmental data streams from around the state are filtered through the mind of the composer into an abstract, ethereal display of sound and light. In real time, the installation interprets all this factual information in ways that honor its sources (seismographic data triggers low drum sounds; the earth’s geomagnetic activity affects a series of high, shimmering tones; the moon changes a subtle light sequence) but never too literally, and the listener never feels like he or she is listening to a graph. You can feel the weather change while you’re inside the installation, but you wouldn’t necessarily go there to see how to dress before going outside.

Plans for the Transit 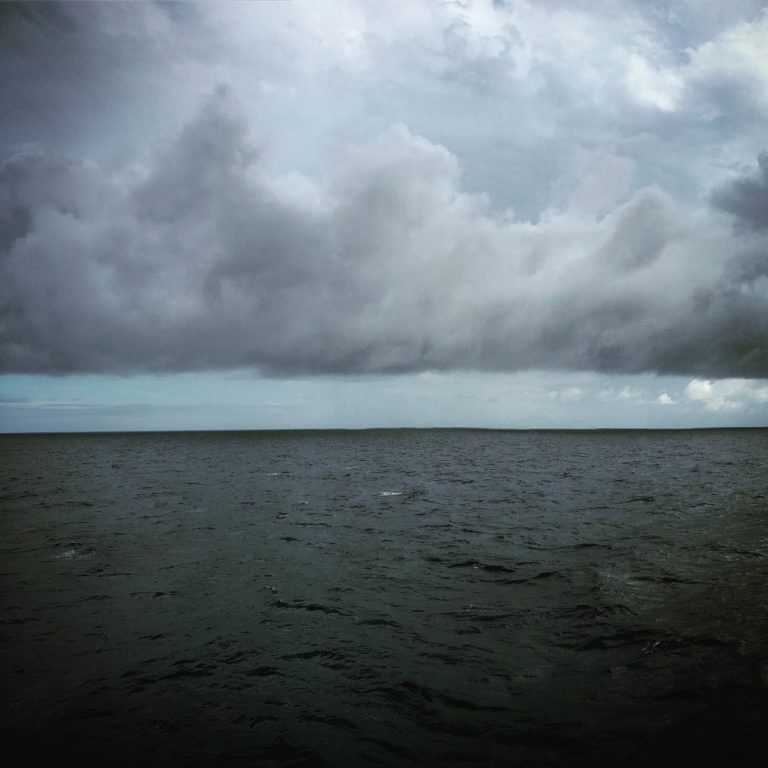 My Artist-at-Sea stint is unusual in that I’m here for a transit. There’s no scientific team on board the ship for this trip; it’s just me and the crew. As a result, I won’t be writing or composing in response to any particular research actively being done on board while I’m here – instead, I will be doing work that’s inspired by my own personal experience and by some of the reams of data about our passage that Falkor’s systems are constantly measuring and recording as we move over the water.

What I’m most concerned with in these early days of the trip is how to pick a salient element of my experience that can be echoed and evoked by a particular data set. On top of that, however, that data set must then read as something consistent with my original thoughts and feelings once it’s translated into some arrangement of musical sounds. I’ll be writing with updates on this process soon. And in the meantime I look forward to talking about it with any of you that might be interested during the Ship-to-Shore call on September 30th!