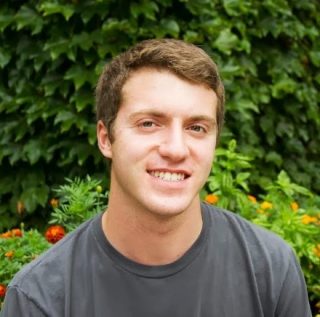 Tyler is a first year PhD student in the MIT/WHOI Joint Program in Oceanography. His research in the Babbin Lab focuses on the biogeochemistry of nitrogen cycling in anoxic marine environments, from the tiny tissues of coral polyps to expansive open ocean Oxygen Minimum Zones. During his undergraduate work, Tyler studied chemistry at Princeton University with a focus on environmental issues. Asan intern in the Princeton Geosciences Department during his freshman year, Tyler had his first opportunity to sail on an oceanographic expedition off the coast ofBermuda to sample ammonium concentrations in the Sargasso Sea.

During his time at Princeton, Tyler also researched issues of renewable energy and sustainability. He completed his undergraduate thesis in the Loo Polymer and Organic Electronics Lab, synthesizing new materials for organic solar cells. At the same time, he also branched into the field of international development by installing solar panels in off-grid areas of the Philippines with Stiftung Solarenergie Philippines. After getting his bachelor’s degree, Tyler continued to pursue energy-related work with a small energy investment firm in Washington, D.C. He spent two years modeling the US electrical grid before returning to science and beginning his graduate work at MIT.