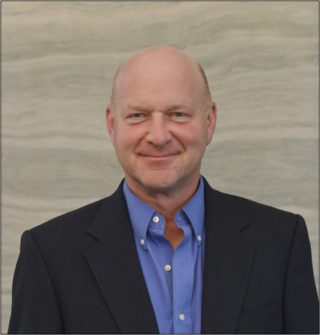 Tim Shank is a deep-sea biologist, an Associate Scientist in the Biology Department, and the former Director of the Ocean Exploration Institute at the Woods Hole Oceanographic Institution. The research in his lab is focused on understanding the ecological and evolutionary processes that structure the diversity of deep-ocean benthic communities, including larval dispersal, colonization, habitat utilization, genetic connectivity, and the evolutionary relationships of invertebrate fauna. These studies include seamount, canyon, hadal and chemosynthetic ecosystems intimately tied to planetary processes significant to the evolution of life on earth. Current lines of research are focused on the diversity, biogeography, ecology, and co-evolution of faunal living in association with deep-water corals.

During this expedition in the Phoenix Islands Protected Area (PIPA), he will conduct imaging and sampling of animals living on corals to examine patterns of symbiont distribution, diversity, and coral host specificity and function across seamounts in PIPA.  Following the expedition, he will examine genetic identity, relatedness and connectivity of coral epifauna to assess biogeographic and evolutionary relationships with their host corals. His laboratory is conducting similar comparative projects in the Northeast US canyons, Gulf of Mexico, southern Caribbean seamounts, Remote Pacific region, and western Pacific seamounts.

Tim has conducted more than 60 scientific expeditions in the Arctic, Atlantic, Pacific, and Indian Oceans, and has completed more than 50 dives in Alvin, and more than 100 dives with autonomous underwater and remotely-operated vehicles, including the first use of a hybrid ROV (Nereus) in the ocean’s deepest trenches. He is the author or co-author of more than 100 scientific papers, and recently the award winning best-selling book “Discovering the Deep.” Tim and Erik hosted the 6th International Symposium on Deep Sea Corals in Boston last year, and Tim has enjoyed serving on numerous scientific panels and national and international committees, leading to research, conservation, and management guidelines for seamount and chemosynthetic ecosystems, oil spill response efforts, international initiatives, and setting international priorities for deep-ocean exploration and research.