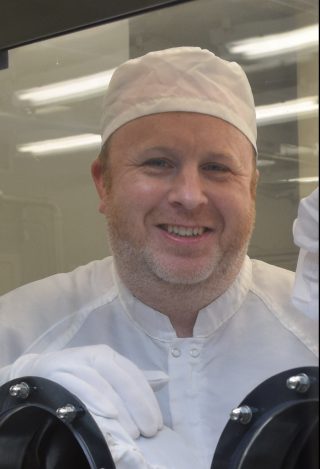 Ryan majored in Geology and History at State University of New York, Potsdam, where he received his Bachelor of Arts degree in 1998. He then went on to graduate school at Washington University in St. Louis, where he received a Master of Arts in 2000, and a doctoral degree in 2004. He stayed at Washington University till 2011, studying the petrography and geochemistry of Apollo samples and lunar meteorites. In 2011 he moved to NASA’s Johnson Space Center in Houston Texas, where he has been NASA’s Apollo Sample Curator since 2012, and manager of the Astromaterials Acquisition and Curation office (home to all of NASA’s astromaterial sample collections) since 2017. Ryan has spent two field seasons in Antarctica as a member of the 2010 and 2014 Antarctic Search for Meteorites (ANSMET) teams.