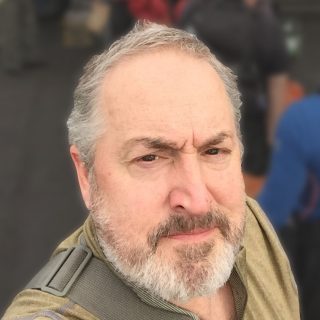 Ralph Harvey is a Professor in the Department of Earth, Environmental and Planetary Science at Case Western Reserve University in Cleveland, Ohio. His primary research focus is the geochemistry of secondary minerals found in planetary materials (meteorites, Mars rocks, micrometeorites, and analogous terrestrial rocks) that record their environmental history. Specific research projects includes experimental simulations of the weathering of rocks on Venus; measurements of the fundamental “stickiness” of very small asteroids; the recovery and characterization of extraterrestrial materials from Antarctic sediments and ice; exploring the volcanic and climate history of Mars through martian meteorites; and the recent history of the East Antarctic ice sheet. He has served as the Principal Investigator of the US’s Antarctic Search for Meteorites (ANSMET) program since 1991.

Dr. Harvey earned a BS from Beloit College in 1983 and a Ph.D. from the University of Pittsburgh in 1990. He is a fellow of the Geological Society of America and the Meteoritical Society, and has both an asteroid and an Antarctic mountain named after him. He’s hoping to add a new science to that list (Ralphtroscopy) as suggested by his friends on the Seeking Space Rocks team.