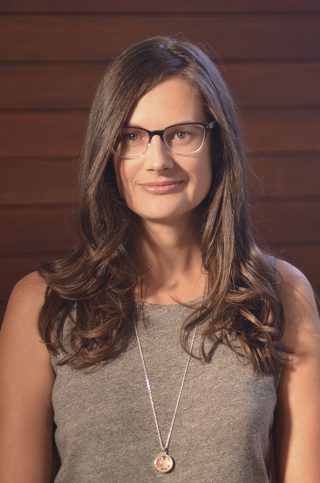 Dr Nerida Wilson is a marine molecular biologist, who received her B.Sc from University of Melbourne, and B.Sc. (Hons.) and PhD at University of Queensland (2004). After two postdocs in the USA (Auburn University, Scripps Institution of Oceanography) she returned to Australia to work at the Australian Museum, and now the Western Australian Museum. Nerida currently manages the Molecular Systematics Unit, and enjoys working across a broad range of organisms, although sea slugs remain her passion. Her research interests focus on understanding and describing the extent of biological diversity present on earth and resolving the evolutionary relationships among those taxa. She is passionate about taxonomy and systematics as the foundational discipline that underpins biological science. Nerida has published over 80 peer-reviewed publications and has four species named after her. She is proud of her efforts to improve inclusivity and diversity in science. Nerida has participated on 13 oceanographic expeditions and acted as Chief Scientist on several of those, including the “Illuminating Biodiversity of Ningaloo Canyons” research cruise. Her interests span marine environments, and her work encompasses the tropics to the poles, and from shallow reefs to the deep sea.