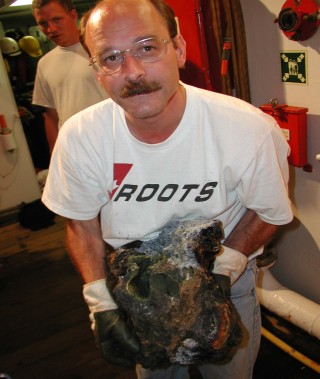 Mark Hannington is the Goldcorp Chair in Economic Geology at the University of Ottawa and Helmholtz Professor at GEOMAR – Helmholtz Center for Ocean Research Kiel. Prior to joining the University of Ottawa in 2005 and GEOMAR in 2014, he was a senior research scientist at the Geological Survey of Canada for 15 years. His research combines the study of ancient ore deposits and active hydrothermal systems on the modern seafloor. He and his students have worked extensively on Precambrian volcanogenic massive sulfide deposits and also have participated on more than 35 research cruises to active volcanic systems in the oceans. From 2001 to 2008, he served as editor of Economic Geology. He is the recipient of the Duncan Derry Medal of the Geological Association of Canada (MDD) and the Silver Medal of the Society of Economic Geologists.  He was made a Fellow of the Royal Society of Canada in 2012.