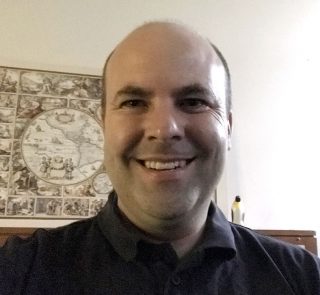 Iain is a Senior Research Fellow at the Centre for Marine Science and Technology (CMST) at Curtin University. He was awarded a PhD from Curtin University in Benthic Habitat Mapping using Multibeam Sonar Systems in 2008. During his PhD, Iain carried our seafloor mapping around the Australian coast. From mapping coral reefs in Queensland to dodging ferries while surveying Sydney Harbour, it was a non-stop adventure! As part of his PhD, Iain along with his colleagues at CMST, created software for processing multibeam bathymetry and backscatter, which is freely available on the CMST website.

Since completing his PhD, Iain has been involved in a variety of projects in the fields of marine acoustics and underwater technology. In particular, he has been part of various seafloor mapping projects, including mapping: deep water habitats of Ningaloo Marine Park; seagrass meadows in the Swan River; and, seabed biodiversity in the Kimberley Marine Park. As part of his research, Iain has helped organise workshops and special sessions at conferences, as well as participate in working groups in the field of seafloor mapping and characterisation. Iain’s other research has also included marine bioacoustics, underwater sound propagation modelling, fisheries acoustics and sonar detection of sharks. Iain is also the Chair of the Western Australia Division of the Australian Acoustical Society.