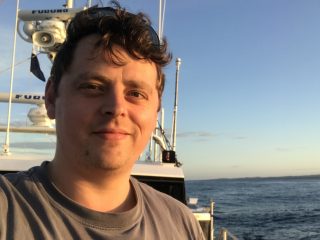 David Henderson is a Technical Officer at The Australian Centre for Field Robotics (ACFR) responsible for the mechanical design, simulation, and manufacture of Autonomous Underwater Vehicle (AUV) components and systems. He completed his Bachelor of Mechanical and Mechatronic Engineering from the University of Technology Sydney, inventing a novel 3D printer for which he was awarded Engineers Australia’s student engineer of the year. Previously, he worked on the SEA 1442 ANZAC class frigate communications project, being involved in mechanical and electrical designs to meet the new requirements for Network Centric Warfare (NCW). David is currently interested in finding improvements in the way the benthic monitoring is achieved using current and future AUV platforms, and enjoys the opportunity to speak with researchers about how the data ACFR collects is used. He’s also interested in shipboard operations and is working toward his Coxswains ticket.