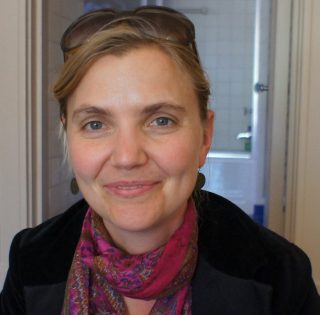 Dr. Betsy Pugel hails from the NASA Goddard Space Flight Center and has spent the past five years as the Deputy to the Planetary Protection Officer at NASA Headquarters.  She thrives in environments where invention and collaboration are needed for resolving unique challenges.  She has worked on a range of missions for NASA, including the return to flight of the Space Shuttle after the Columbia incident, the Stardust Sample Return Capsule reentry, Hubble Space Telescope Cosmic Origins Spectrograph, the development of the Orion heat shield, and the build of the first life-detection instrument for a NASA mission since the 1970s-era Viking mission–the Mars Organic Molecular Analyzer Mass Spectrometer (MOMA-MS) on the European Space Agency’s first Mars rover:  ExoMars 2020.  Most recently, she oversaw planetary protection compliance for NASA’s planetary portfolio, including the InSight Mars Lander, which just sailed away to Mars in May 2018, along with the world’s first Mars cubesats.  Her interest on this cruise is understanding science and engineering project lifecycle details for ocean-based hardware, relative to NASA’s current paths for planetary science.