Today is World Listening Day, which we celebrate on R. Murray Schafer’s birthday,  a composer credited with co-founding the field of acoustic ecology. The day is a reminder to listen to the incredible world around us. This year’s theme is “Listening Across Boundaries,” inviting us to consider listening across cultures and branches of knowledge, as well as between environments and other species with which we share this beautiful planet.

Allison Miller, SOI’s Research Portfolio Senior Manager, interviewed Dr. Ari Friedlaender, an ecologist studying marine mammal movement and behavior, including their use of sound. He was joined by acoustician, Dr. Caroline Casey, and PhD student, Arianna Torello, who both study bioacoustics and behavior in baleen whales and seals.

What can we learn from listening to the ocean?
Dr. Casey: The ocean is such an extraordinary place, yet we know very little about what happens beneath the ocean’s surface in terms of animal behavior. Sound travels four times faster underwater than in air and is the primary tool for marine mammal communication. We can use acoustic technology to eavesdrop on the lives of marine animals – studying the sounds made, the function of the sounds, and distribution patterns in space and time. Through these observations, we can open a window into the lives of marine mammals.

Dr. Friedlaender: We can also study noise pollution and by listening to ocean sound, learn about the ambient environment these animals live in. Studying noise pollution is an easy way to measure human impacts in the ocean because it is easy to tease out the human sounds from animal sounds. Analyzing the data can then show the impact that noise pollution can have on either masking or disrupting the way animals use sound in the ocean.

Humpback Whale vocalizations – recorded under permit during the “Coordinated Robotics 2” (FK180119) expedition off the island of Maui, Hawaii.

What does listening to the ocean teach us about the health of the underwater ecosystem?
Dr. Casey: There are a lot of sounds under the ocean naturally present in the environment like wind, waves, and storms, and animals like fish, snapping shrimp and baleen whales. We can put a hydrophone in the water and assess the different types of species present. We can also measure whether their presence changes over time through sound, and get a sense of the health of the ecosystem based on the species that are present. You can also hear non-biological sounds caused by humans, like ships, sonar, oil and gas drilling, and recreational boating –  all of which contribute to the soundscape.

Dr. Friedlaender: Not only can you use the presence of certain animals and their sounds as a metric for a healthy ocean and diverse ecosystem, but sound can also be used to study how much energy animals are putting into making their vocalizations. We get a good idea of this by studying stress hormone levels in these animals and how they correlate to areas in the ocean where you have more or less sound.

So, the healthiest ecosystem is one that is noisy in terms of animals present and biodiversity but quiet in terms of human noise pollution?
Yes, that is why we love to work in the Antarctic.

The theme for this year’s World Listening Day is Listening Across Boundaries. What technology do you use to listen to the ocean underwater?
Arianna: Hydrophones are the primary way of listening underneath the ocean surface. They can be deployed using suction cup tags onto the backs of large cetaceans, such as whales. By attaching hydrophones to whales, we can collect and record acoustic data from the animal’s perspective, experiencing sound the way they do. We can hear what sounds they produce and perceive throughout the day. When this data is paired with video recordings, accelerometers, and satellite data, we can link variables such as timing, location, and behavior to the acoustic signals.

We also use hydrophones for passive acoustic monitoring. In this case we deploy a permanent or semi-permanent mooring to the bottom of the ocean or water column, to broadly listen to all of the species and environmental sounds of the region. This is how we gather the majority of our data because all we have to do is deploy the instrument, listen, and gather data on the sounds in the soundscape. From these data, we can look at marine mammal population demographics and try to interpret behaviors of different species. 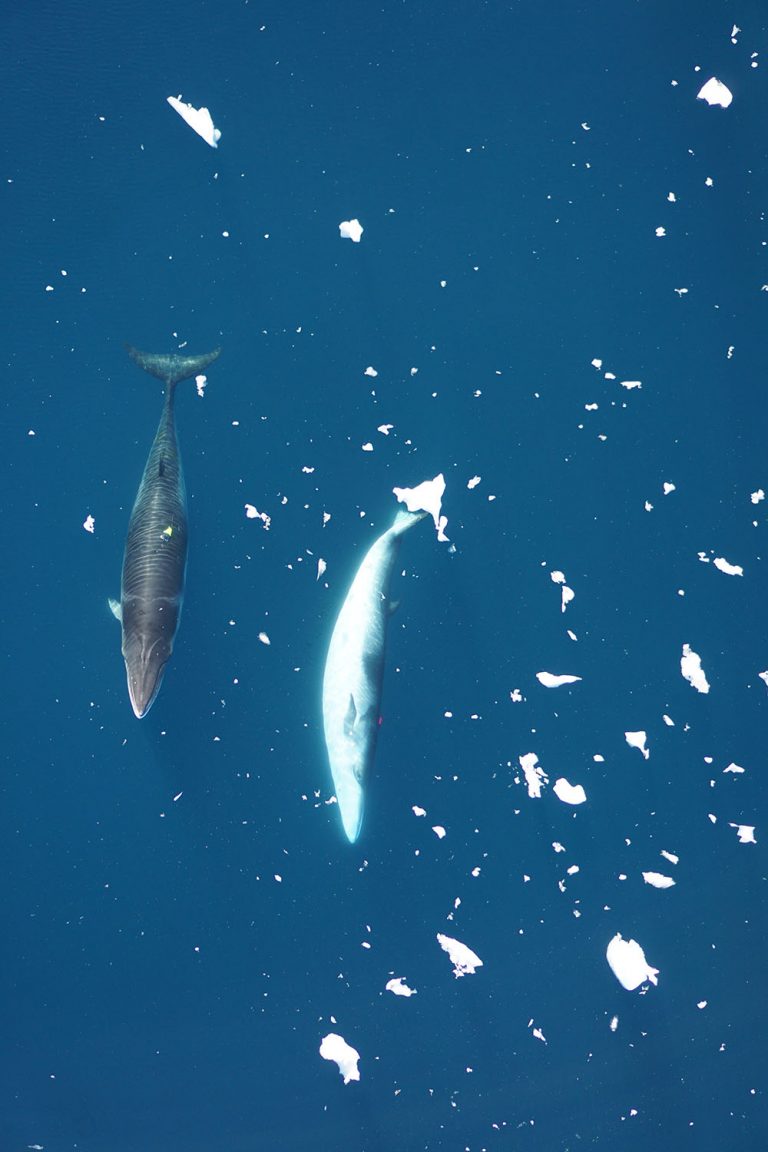 How do cetaceans use sound in their environment?
Arianna: Toothed whales (such as dolphins, porpoises, and sperm whales) use echolocation, an active bio-sonar.  The whales and dolphins emit and concentrate a high frequency signal and use information from the returning signal to understand and sense their surroundings. Baleen whales don’t have the capacity to echolocate; they use vocalizations and acoustic signals that they emit to passively understand their surroundings, communicate, find prey, and avoid predators.  Studying how animals use sound is a really exciting way for acousticians to understand a species behavior, social structure, and population dynamics. It is a really exciting way to learn about how an animal lives.

Dr. Friedlaender recently received a grant from Schmidt Ocean Institute to study the effects of construction noise on whales in Antarctica.
Dr. Friedlaender: We’ve been working in Antarctica for about twenty years trying to better understand how, as whales recover from commercial whaling, their behavior is influenced by changes to their environment. The Antarctic Peninsula is one of the most rapidly warming places on the planet, so there are changes to sea ice amount and prey availability. We’ve tagged humpback and minke whales and have a great dataset over the years. The grant from Schmidt Ocean Institute gave us the opportunity to deploy long term passive recorders around Palmer Station to listen as humans are doing things in a specific place, such as construction and study what the impact of human activities are on these animals.

Dr. Casey: Additionally, in this area where minke and humpback whales like to hang out, the acoustic landscape has not been well described, because the logistics of deploying recorders is very challenging. We don’t even really know what the baseline sound level is for these environments because the logistics of deploying these recorders in the Antarctic is very challenging just because it is hard to get to. Deploying a few recorders in the bays around the region to describe the acoustic environment, including sounds like ice crumbling and cracking is a huge feat and something we are very excited about.

Dr. Friedlaender: It’s critical to partner with groups like Schmidt Ocean Institute that care about funding these projects and that can add value to the opportunities that we already have, knowing how difficult it is to get down there and do this work. Additionally, these projects are not limited in time. The animals we study have lifetimes that are similar to ours, and if we only have opportunities for little snapshots, it doesn’t tell the whole story. Having opportunities to collect data over long periods of time is invaluable. 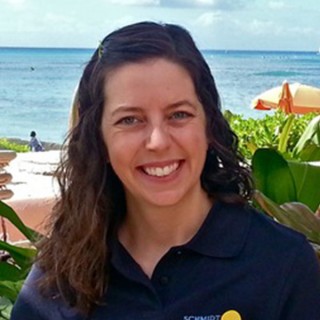