Never Growing Tide of Life on a Ship

Hi there! My name is Sydney Adams, and I am one of two students aboard the transit of research vessel Falkor from Astoria, OR to Honolulu, HI.

The transit, while having no science party aboard, is completing multi-beam and magnetometer scans of the seafloor, as well as a seamount, along the way. Only 15% of the ocean floor has been scanned using this precise multi-beam scanning, so having the opportunity to be a part of this exploration is extremely exciting. Even though I was constantly getting tossed around while running up and down the hallways hoping to spot whales, I was still amazed and enthused with the technology and crew aboard this vessel and its capability to acquire such amazing data from 4,000 meters below.

A little about myself

I am currently a senior in the Marine Science program at Maine Maritime Academy. While my program mainly consists of science courses,

I have had the opportunity to take courses in vessel operations, safety, and navigation. After discovering this side of ocean sciences, I pursued a position aboard a research vessel, where I could apply the science and maritime skills I have learned at school. My quest for experience led me to the Schmidt Ocean Institute’s Student Opportunities program.

It is only my second day at sea, and we were already introduced to both the shallow and deep water sonars. As soon as we reached the continental margin and took a temperature profile yesterday morning, we began scanning. Since then, we have traveled over several ridges, where we observed the data stream from the control room. The feature was far more detailed in this scan than that of any satellite scan done previously.

While trying to understand the ship’s systems, I was reminded of a course in ocean and wave dynamics taught at my school. My brilliant professor kept reminding us of how difficult it is to model the ocean. There are simply far too many variables to account for: wind, currents, surface and bottom boundaries, temperatures, salinities, weather… I can go on and on. In our equations, we attempted to gather all of the relative and significant variables to create our model; however, no matter how hard we tried, we could never obtain a perfect equation to fully predict and understand the ocean. What I found incredible about the technology aboard Falkor was the ability of the instrument systems to account for all these variables while taking multi-beam data. It incorporated the specific speed of sound in the water, while incorporating the pitch, roll, and heave as well as the height of the seas. While the sonar performed under the noise of 82 meter vessel, the marine technicians were able to eliminate the excessive noise from the scan yielding a more accurate shape. So while the ocean is unpredictable and uncontrollable, the advanced systems and crew aboard Falkor do an incredible job of continuing to explore and map the world of our oceans. 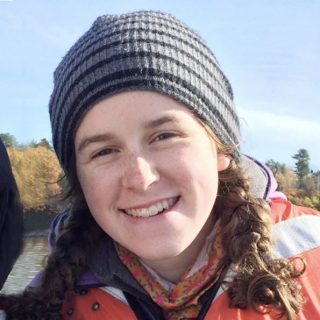