Like a pendulum swinging from side to side, Falkor cut through raging waters of the Pacific. Frigid waves slapped against the transparent portals of the mess hall, temporarily giving views split between the open sky and submerged vignettes of frothy indigo. The vessel steadily pushed forward, its hull consistently plunging into the imposing swells of a never-ending sea, only inches away. The oceanscape was not as calm as days before; however, operations aboard did not cease. This was a truly immersive experience… and I took it all in. Such moments of observation are key elements in the developmental process of my work.

It was on one of these early mornings that I conducted my “Ship-to-Shore” video conference with students from the University of The Bahamas. “Ship-to-Shore” calls are one aspect of Schmidt Ocean Institute’s outreach program, designed to engage a wider demographic; remotely communicating from R/V Falkor with audiences all across the globe. This unique interaction allowed me to extend the dialogue of my artistic investigations and experiences on this expedition to students on an island in the Atlantic, from the far reaches of the Pacific.

As we engaged in discussion, there were many thought-provoking questions and considerations posed by the university students. Paramount to this discussion was the possible role of oceanography to enhance sustainability and conservation efforts in small island nations. Additionally, we spoke of environmental hazards, climate change, and how these aspects impact our ecologies and societies. I spent the remainder of the day pondering resolutions to issues brought to my attention during this conversation.

Less than 24 hours later, the sea was calm again. The crisp morning air exuded an aura of stillness. Then, as if “breaking news” channeling throughout social media networks, there came word of the rarest of sights – in the distance, just off of the ship’s starboard quarter we came upon the carcass of a humpback whale, floating almost peacefully in the midst of the deep blue sea.

I hurried to my cabin, grabbed my camera and prepared to document this extraordinary occurrence. Still in disbelief, I fixed my lens and zoomed in on the lifeless creature. Birds gathered on the humpback’s body like a secluded island. Slowly it drifted and drifted… eventually disappearing over the horizon – just as quietly as it had appeared. In all the cumulative years of oceangoing experience of those aboard Falkor, none of us had ever seen anything like it.

One of the most popular questions asked of oceanographers came to mind: “Have you seen any cool or unusual animals?” Sadly, I can now say that I have. I now reflect on my videoconference with the university and our discussion about the importance of conservation, oceanography, and the potency of the visual arts as a vehicle for education. This documentation has now become a part of my archive of experiences, further informing my creative work. It is not something that can be experienced through books or monitors. To be in the presence of such a majestic animal, lying lifeless before my eyes, enlightened me to the realities of the pelagic world and the circle of life.

While out at sea I have witnessed the delicacy of flying fish, gliding albatrosses, and fluttering butterflies. Under the same sun, I have also watched plastic bottles drift by and now a dead humpback whale, floating in the middle of nowhere. Having taken in these realities with my own eyes, I understand more than ever before the immensity of the plight faced by marine ecology. I also understand the great necessity for human intervention to document, protect, and conserve this large yet very much concealed world lying beneath the waves of indigo. 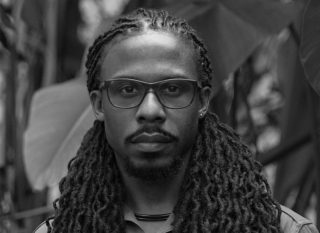