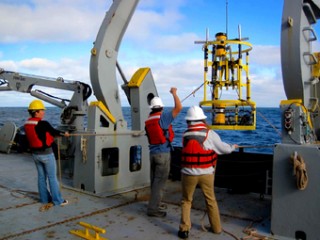 Every day, the ocean’s tides create massive underwater waves known as internal tides that radiate around the globe with major impacts on the ocean’s heat budget and climate.  Little is known about how these subsurface water movements propagate and dissipate in the open ocean, but that was set to change during Falkor’s first expedition of 2015. Collaborators from U.S. and Australian institutions ran the first comprehensive study of the largest, most focused internal tide on the planet, which moves across the Tasman Sea each day. In the process they amassed data that will improve general understanding of the phenomenon, as well as researchers’ ability to incorporate internal tide effects accurately in climate models. READ MORE 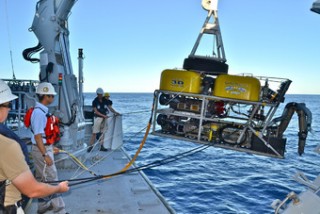 Perth Canyon is one of Australia’s subsea treasures, and as such is a proposed national reserve. Yet, despite being just 50 kilometers or so from Western Australia’s capital of Perth, the canyon’s deeper reaches remained poorly known and largely unexplored unti 2015. In 2015, Schmidt Ocean Institute sent Falkor to the region, along with a deep-diving remotely operated vehicle. Such technology is rarely available in Australia, except for commercial oil and gas work. Australian researchers got their first chance to survey life in the canyon and to conduct baseline studies of deep corals to aid in determining the likely future impacts of a warming sea and ocean acidification. READ MORE 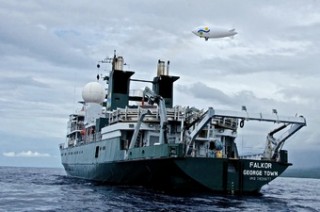 At the end of March, Falkor cruised north from Australia to a spectacular, isolated, coral wonder known as Scott Reef—but biology was not be the primary concern. While most expeditions are designed to explore a specific area or oceanographic question, this research focused more directly on pushing oceanographic technology forward. The goal was to expand and improve techniques and algorithms for efficiently coordinating deployments of multiple exploratory vehicles and tools. The work brought engineers closer to being able to leave groups of robotic vehicles untended for long stretches of time, to accomplish tasks like detailed seafloor mapping and chemical analyses across wide areas. Such capabilities would dramatically improve ocean exploration and research by increasing observations while reducing costs. READ MORE 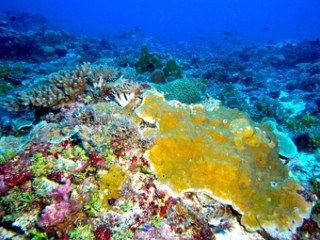 About halfway between Northwestern Australia and Indonesia lie some of the planet’s most remote and healthy coral reefs, with biodiversity in places rivaling that of the much better known Great Barrier Reef. Yet the physical connections between these reefs, the factors responsible for their health, and the conditions most likely to threaten them are not fully understood. In April, Falkor arrived in the region for a collaborative project aimed at exploring these connections. The work included expanding on previous work at shallower reefs, as well as the first ever exploration of some deeper sites. READ MORE 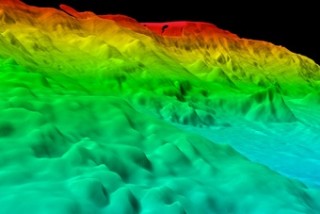 In the past decade the world has been repeatedly reminded that tsunamis are one of the most destructive forces on the planet, but their causes remain poorly understood. The region west of Sumatra in Indonesia is particularly prone to tsunami-spawning earthquakes and will likely endure a major hit in the near future, making it an important, if unfortunate, geological laboratory. In May, Falkor will take a team of geophysicists to Indonesia for an unprecedented, high-tech expedition designed to clarify the mechanisms that cause tsunamis, and help millions to better prepare for a tsunami that could follow the massive earthquake anticipated in the relatively near future. READ MORE 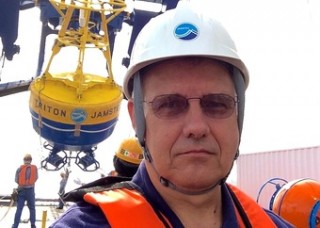 Accurately modeling how ocean absorbs, moves, and releases heat is among the greatest challenges for climate change modeling, and in particular understanding and forecasting the onset of El Niño Southern Oscillations (ENSOs). Naturally, work in this area has focused first on understanding the largest-scale ocean phenomena at play, such as major currents. But recent research suggests that smaller-scale turbulence, which is much harder to study and quantify, may play a critical and effectively overlooked role.

In July, Schmidt Ocean Institute is supporting an expedition to the central equatorial Pacific that will give researchers their first view of this smaller-scale turbulence in the region. The science team will be gathering data that, combined with data collected elsewhere in the Pacific, will allow them to more clearly define the processes involved. If the research continues to suggest that existing climate models have been missing important effects, then this work could contribute to overall improvements in the models and their ability to forecast the size and timing of ENSO events. READ MORE 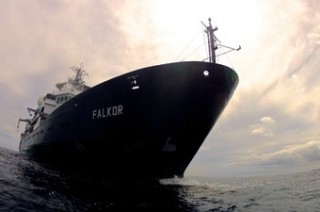 Tamu Massif, southeast of Japan, is the largest single volcano on the planet, but the processes that created it remain mysterious. This expedition led by William Sager at the University of Houston, will be using Falkor’s sonar to make high-resolution maps of the area’s bathymetry while simultaneously using a magnetometer to map magnetic fields. The researchers will then look for characteristic patterns in the magnetic data they collect, which should reveal significant clues about how the volcano formed and its internal structure.

At the time of an eruption, iron atoms in volcanic rock aligned themselves with the Earth’s magnetic orientation, which has reversed at various times throughout geological history. That iron orientation can be determined using magnetometer data, offering clues as to when certain rocks and formations were shaped. Interestingly, Tamu Massif formed during a time of geomagnetic reversal, which makes it much easier to distinguish its history in the oceanic crust. Answering the fundamental questions about Tamu Massif will help scientists better understand how oceanic plateaus form and the key interactions between volcanoes and mid-ocean ridges. 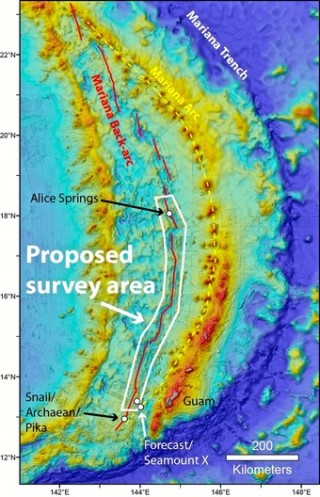 Though most famous as the home of the deepest spot on the planet, the Mariana subduction system is also an valuable natural laboratory for testing ideas about what governs the distribution of animals at hydrothermal vent systems. That’s because the area has a wide range of habitats, including the very deep trench, a shallow to mid-depth volcanic arc, and a mid-depth to deep spreading back-arc. Of these, only the volcanic arc has been the focus of extensive hydrothermal vent exploration and research, resulting in the discovery of 20 hydrothermally active seamounts and over 20 new species. In contrast, more than 600 kilometers of the Mariana back-arc remain completely unexplored. That will be the focus of this expedition.

The work will involve two main components. First, the team will use an Autonomous Underwater Vehicle (AUV) and other techniques to locate and characterize hydrothermal systems, expecting to find 5 to 10 new sites. They will then return with a remotely operated vehicle (ROV), to study the vents discovered. One basic goal will be to catalog the life forms found at these vents, their affinities, and their relation to the regional biogeography. There are likely to be some surprises given how little exploration has been done on the back-arc. Working at the handful of back-arc sites previously studied, for instance, researchers found huge hairy snails never before seen. The team will also be examining the chemistry and geology of the vents, studying their microbiology, and testing ideas to explain the substantial biological differences between the volcanic arc and back-arc vents.