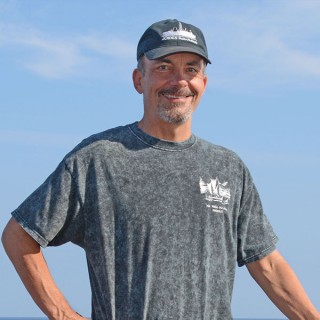 William Sager is a professor in the Department of Earth and Atmospheric Sciences at the University of Houston.  He graduated from Duke University in 1976 with a B.S. degree in physics before earning both the M.S. and Ph.D. degrees in geology and geophysics in 1979 and 1983 from the University of Hawaii.  After 29 years of teaching and research as a professor at Texas A&M University, Sager took a position as professor at University of Houston.  Sager’s areas of research expertise are marine geology and geophysics, paleomagnetism, and plate tectonics.  In particular, he has been active at studying oceanic hotspots and large igneous provinces.  Although his studies have been all over the globe, primary focus areas are the Pacific Ocean and Gulf of Mexico.  His publication record includes 117 refereed articles in books and journals and 139 abstracts for presentations at national meetings.  He has sailed on 42 major research cruises since 1977 (totaling more than 4 years at sea) in all of the world’s oceans.  During his 33 year academic career, he has mentored over 100 graduate students, who now hold positions in industry, academe, and government laboratories.  Among notable accomplishments was his research, published in 2013, demonstrating that Tamu Massif is the largest known single volcano on Earth.